Congress Should Immediately Act In Light Of 2016 Russian Cyberattacks 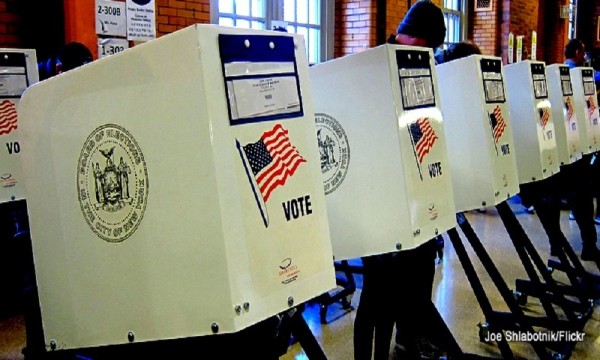 Securing Elections from Foreign Interference focuses on assessing and securing two of the most vulnerable points in the system: voting machines, which could be hacked to cast doubt on or change vote totals; and voter registration databases, which could be manipulated in an attempt to block voters, cause disruption, and undermine confidence when citizens vote. Amb. R. James Woolsey, Director of Central Intelligence 1993-95, wrote the foreword for the report. He has been a key voice elevating the seriousness of the issue, and framing foreign interference as a pressing national security threat.

Solutions presented in the report are informed by interviews with security experts and election officials. The recommendations are the most immediate steps federal lawmakers and local election officials can take to secure systems before the 2018 and 2020 elections. They include:

“The history of national defense shows that threats are constantly evolving,” writes Woolsey in the foreword. “When the United States was attacked at Pearl Harbor, we took action to protect our fleet. When we were attacked on 9/11, we took action to upgrade transportation security and protect our ports and other vulnerable targets. We were attacked in 2016. The target was not ships or airplanes or buildings, but the machinery of our democracy. We will be attacked again. We must act again — or leave our democracy at risk.”

“It is past time to start talking about and implementing solutions. We cannot afford to be complacent when it comes to protecting our elections,” said Lawrence Norden, deputy director of the Brennan Center’s Democracy Program and co-author of the report. “Attempts by Russia to meddle in the 2016 election, and sow the seeds of doubt in our democracy, requires urgent action. Lawmakers have a critical role to play, and these recommendations provide a blueprint for how they can help.”