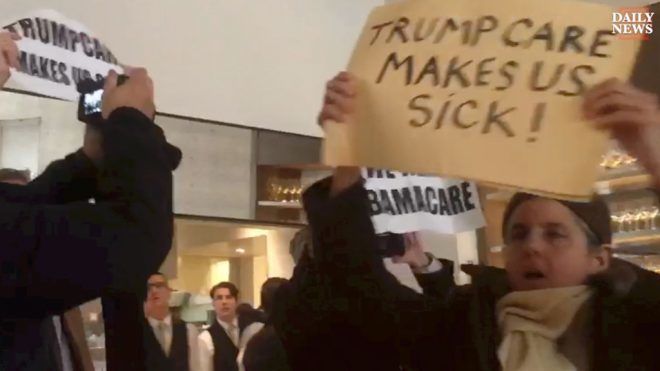 The Congressional Budget Office has evaluated the Obamacare repeal passed by Congress last year to determine what would happen if the same bill was used again. The aim was to predict “the changes in coverage or premiums that would result from leaving the market reforms in place while repealing the mandate penalties and subsidies.” In other words, repeal without substantive replacement. The results are grim.

To which one Republican answered:

CBO misses the point. Obamacare will be replaced with lower costs and more choices.

Because we say so—which is magic and makes it happen. A spokesperson for House Speaker Paul Ryan responded similarly.

“This projection is meaningless, as it takes into account no measures to replace the law nor actions that the incoming administration will take to revitalize the individual market that has been decimated by Obamacare,” Ryan said.

Which is a point, but not a good one. The CBO has nothing else to evaluate, since this is the only thing Republicans have actually achieved legislatively on Obamacare. In six years, they haven’t been able to come up with a plan. Show CBO your plan, Speaker Ryan, and they’ll score it. Show us the plan.