In First 100 Days, Trump Administration Has Rolled Back Women’s Progress 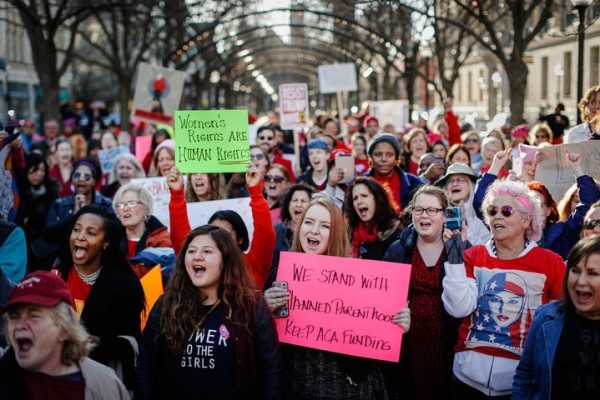 “In their first 100 days, President Trump and his team have demonstrated an astonishingly inept understanding of the unique and diverse challenges women face,” said Shilpa Phadke, Senior Director of the Women’s Initiative at CAP. “From the administration’s attacks on women’s reproductive health, to undermining policies that would provide much-needed economic relief to women and families, to failing to put forth any meaningful policies on paid leave, child care, or equal pay, Trump and his administration have rolled back women’s progress on multiple fronts.”

Although millions of women are already feeling the negative effects of the Trump administration and its misguided agenda, Trump’s regressive policies and proposals most acutely affect already vulnerable communities. In particular, the Trump administration has attacked or undermined policies that help children; women of color; low-income women; people with disabilities; lesbian, gay, bisexual, transgender, and queer, or LGBTQ, people; immigrants and their families; and victims of sexual assault and domestic violence, among others.

Read the issue brief: “100 Days, 100 Ways the Trump Administration Is Harming Women and Families” by Sunny Frothingham and Shilpa Phadke

View the interactive: “The 100 Ways Trump’s Policy Harms Progress for Women and Families”