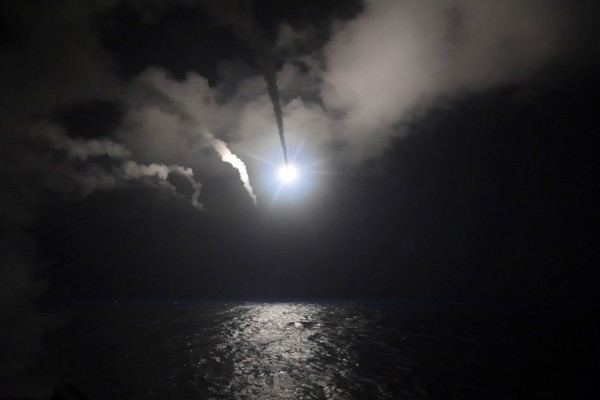 Washington, D.C. —(ENEWSPF)–May 1, 2017.  In his first 100 days, President Donald Trump has shown little inhibition using military force in some of the most complex and troublesome regions on the planet. A budget that administration officials intentionally describe as focused on “hard power” and a seemingly deliberate downgrading of diplomacy as a foreign policy tool will make it far more likely for the United States to stumble into armed conflict through miscalculation or by accident.

The Center for American Progress has released an issue brief looking at how Trump’s reliance on military force as his primary foreign policy tool jeopardizes America’s national security.

“This is a president who clearly sees the military as his main foreign policy tool,” said Peter Juul, CAP Policy Analyst and co-author of the brief. “He combines inconsistent policy statements and a nonexistent national security strategy with shows of force disconnected from any rational political or diplomatic goals. Add in the dubious legal reasoning used by the White House to justify the use of force, and President Trump risks getting the country into inadvertent armed conflict.”

Trump’s first 100 days in office have shown a president reliant on military power at the expense of diplomacy. Moreover, his administration’s understanding of the president’s constitutional war powers effectively allows him to order America’s military into action anywhere, anytime.

The self-imposed diminution of the State Department’s diplomatic capabilities—reflected in Secretary of State Rex Tillerson’s isolation from the very department he oversees and a budget that slashes diplomatic programs—and the president’s own lack of foreign policy experience are evident in the erratic foreign policy he has pursued so far.

CAP’s brief calls on Congress to exercise its constitutional responsibilities by blocking budget cuts to the State Department and using its oversight powers to investigate President Trump’s decisions on the use of force. Congress can also require the president to provide reports on his policies toward various conflicts, as it did during the Iraq War. Finally, Congress should also live up to its constitutional obligations and authorize or place restrictions on Trump’s ability to use force abroad.