CHICAGO–(ENEWSPF)–August 9, 2016.  Video of the police killing of 18-year-old Paul O’Neal – released by the Independent Police Review Authority on Friday, a week after the incident – left Police Supt. Eddie Johnson with “more questions than answers.”

That wasn’t true for everyone.  An attorney for O’Neal’s family said the video showed “cold-blooded murder” and a “coverup.” And protestors took the incident as evidence that despite increased attention on the issue, young black men are still being targeted by police. 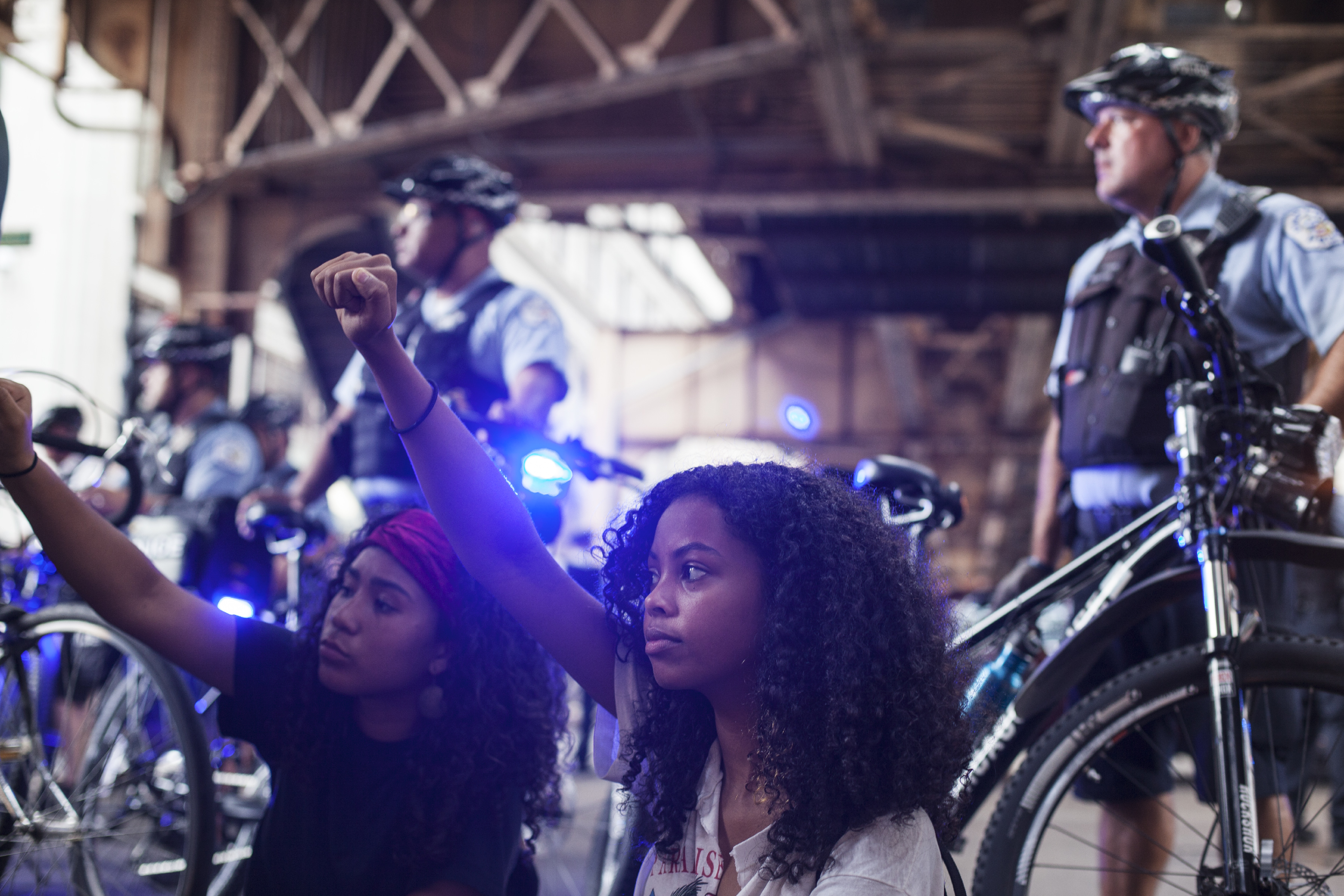 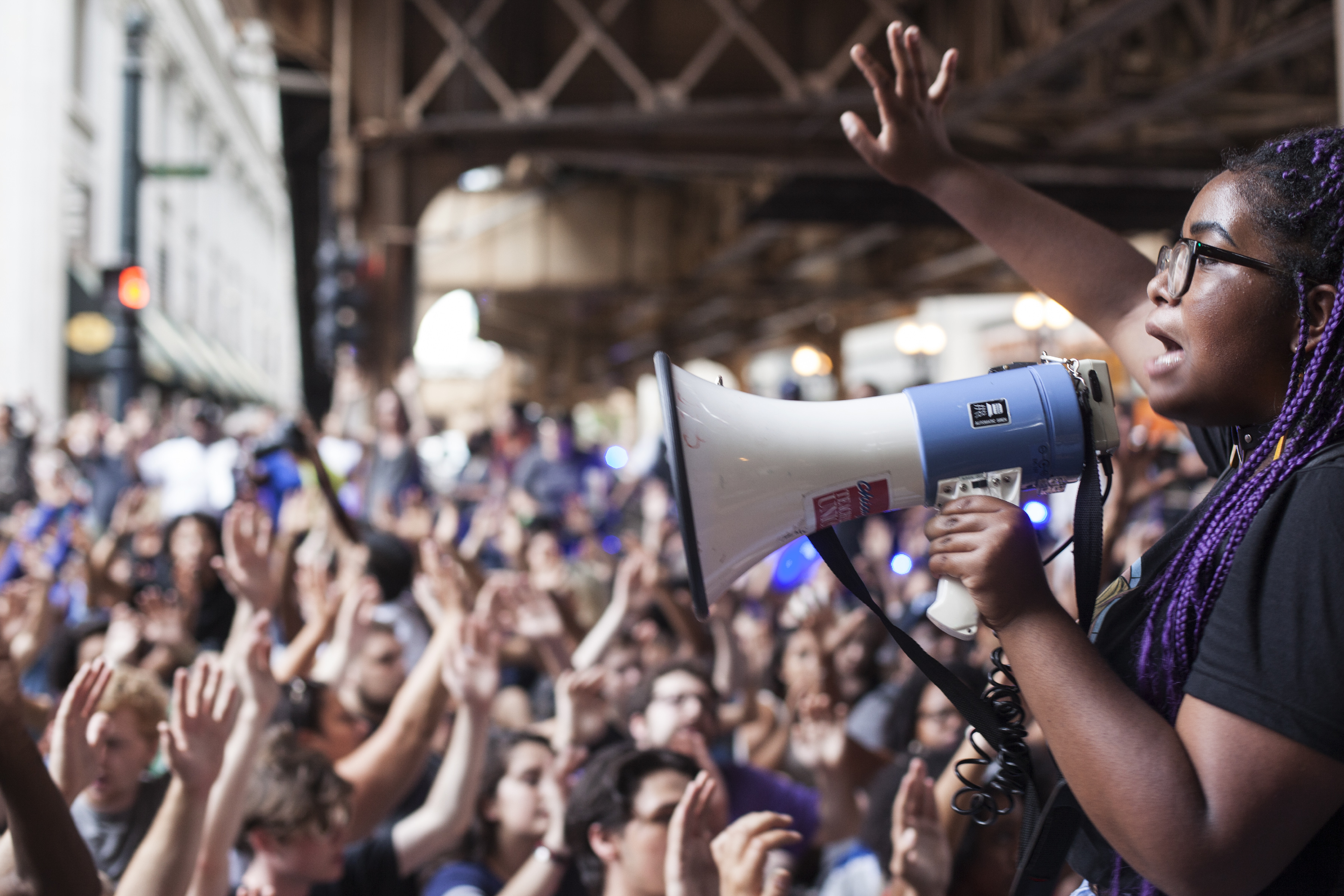 As Johnson noted – and the Chicago Tribune has detailed – the record of the incident reveals multiple violations of department policy by officers, including restrictions on shooting at vehicles, shooting fleeing suspects, and firing at suspects when others are in the line of fire.

Johnson said he didn’t know what training was given officers involved in the incident on a 2015 update to the department’s use of force policy regarding shooting into vehicles.

IPRA released the videos within one week of the incident – far in advance of the 60-day deadline under a new video release policy adopted early this year. First Amendment advocates had criticized the 60-day delay as too long.

And the as yet unnamed officer who killed O’Neal also failed to activate his body camera.

Police Video. Last week the Leadership Council for Civil and Human Right released a bodycam scorecard rating the policies (or lack of policies) of police departments across the country, and the Chicago Police Department had the fewest negative marks of any department.

Chicago got high marks for making its bodycam policy easily available on its website, clearly describing when officers must record, protecting categories of vulnerable individuals (such as sex crime victims), limiting retention of footage and protecting footage from tampering and misuse, and making footage available to individuals filing complaints.  Putting all of those policies into practice remains a challenge.

Chicago fell short in two areas: failing to require officers to file reports on incidents before viewing footage, and failing to sharply limit the use of biometric techniques like facial recognition.

Procedural justice. Another gap between policy and practice was highlighted by a discussion in the New York Times of CPD’s procedural justice curriculum, now being used by six cities in a federal pilot program. It’s based on the theory that people are more likely to consider legal authority as legitimate when they are treated respectfully by police officers – and, some studies indicate, that can reduce crime rates.

But in Chicago, the training was not reflected in the department’s policies, according to the retired police lieutenant who designed it.  Instead of integrating the training into its practices, the department continued (until a recent legal settlement) emphasizing “stop-and-frisk,” said Lt. Bruce Lipman, who’s since retired.  That approach is one of the most “harmful” to police-community relations, according to author Tina Rosenberg.  While embracing the rhetoric of procedural justice, CPD leadership employed “hyperaggressive” policing strategies on the ground.

(Rosenberg is incorrect that former Supt. Garry McCarthy supported the Ceasefire violence reduction program; James O’Shea gives the history in a call for sustained support for such programs.)

Rosenberg’s conclusion: “Procedural justice is an important tool, but it works slowly.” But she also quotes Jamie Kalven of the Invisible Institute: “The procedural justice stuff is fine in itself, but accountability should have priority.”

In April, the Marshall Project took a long look at the contrast between Chicago’s national “reputation as a laboratory of police science” and the local reality of its failure to hold abusive officers accountable.

IPRA workers speak out. A Chicago Tonight report, “IPRA Workers Fight to Keep Agency Intact,” mischaracterized the position of the union representing investigators at the Independent Police Review Authority, a representative told View From the Ground.

The story “does not accurately report our position,” said Jo Patton of AFSCME Council 31, which represents about 60 IPRA investigators and other staff.

“We are not trying to maintain IPRA as it is currently configured,” she said. “We are saying that whatever new oversight framework is created, police accountability in the city of Chicago will benefit from having experienced civilian investigators.”She said the mayor’s Police Accountability Task Force report presented “no evidence of bias or poor performance” by IPRA investigators but rather identified “systemic” problems, including legal constraints on investigations and management problems such as inadequate staffing, mandates from the chief administrator to alter findings, and the use of “mediation” to reduce disciplinary recommendations.

Communities step up. Following the FOP’s call to its members to decline voluntary overtime over Labor Day weekend, a coalition of community groups is organizing a Community Peace Surge in ten high-crime areas. The effort will include a range of community events as well as resident crime watches.

“The signal that the FOP sent with that flier and those remarks are reverberating through communities across Chicago,” said Phillip Jackson of the Black Star Project.  “The intention, the spirit of those words were, ‘Until You respect us, we are not going to serve you,’ and that is what we are rejecting.”

Bigger picture. With protests continuing in Chicago against a proposed ordinance adding attacks on police to the list of hate crimes, Pew Charitable Trusts looks at similar efforts nationwide.  A proponent of the original hate crimes legislation, the Anti-Defamation League opposes so-called Blue Lives Matter laws, arguing that all 50 states already have laws increasing penalties for attacks on police, and hate crimes should be restricted to “people’s most precious identity categories.” Supporters argue such measures serve as deterrents and “send a message.”

While the city’s law department has come under fire for failing to disclose records of police misconduct in civil rights lawsuits, the Associated Press found similar patterns in cities across the country, where municipal attorneys “deliberately hid important facts, delayed their disclosure or otherwise sought to subvert evidence in civil cases.”

Writing in USA Today, former Madison police chief David C. Couper says, “I struggled with my union in Madison for eight years over my efforts to change police use of force policy and to hire more female and minority officers….The unions have exerted and will continue to exert a lot of muscle to prevent almost every effort that’s on the table to reform police policy.”

A new public tool aimed at providing context around police accountability—the IPRA Tracker—goes live today from the Invisible Institute and City Bureau. City Bureau, the Chicago-based journalism lab, has launched a Kickstarter campaign to fund a public South Side newsroom where community members and journalists can learn skills and share ideas. 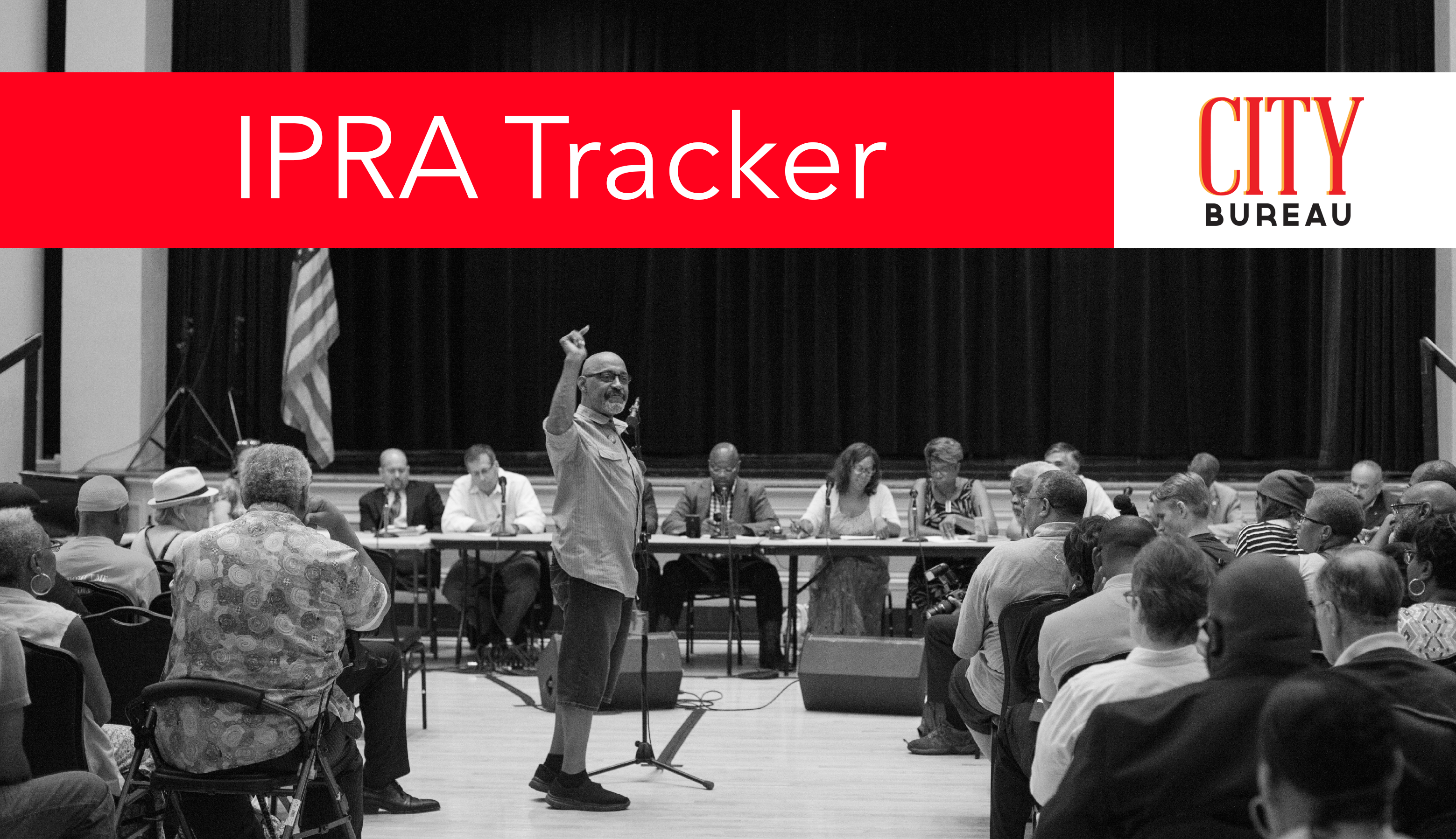