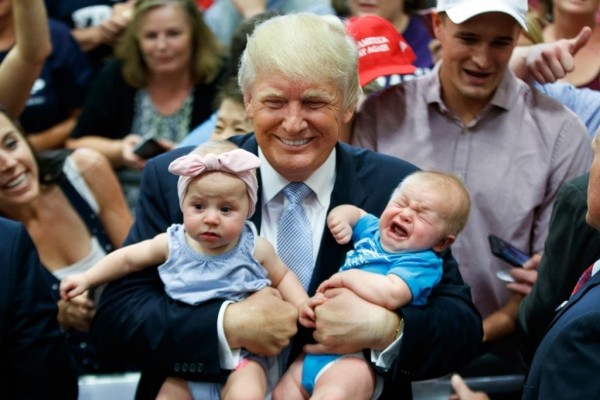 Washington, D.C. —(ENEWSPF)–April 25, 2017.  Amid rumors that a tax reform proposal could come as soon as this week, the Center for American Progress has released new calculations showing the outsized benefit wealthy families would receive from President Donald Trump’s proposed child care plan compared to the mere pennies on the dollar the typical family in key swing counties that broke for Trump stand to gain. Reportedly, Trump has worked closely with his daughter, Ivanka Trump, on the proposal.

The core of the Trump child care plan is a tax deduction for child care expenses, an approach that assumes all families can afford to pay the full cost of child care to begin with. CAP found that the typical family with two young children in these swing counties would, on average, net only $5.55 a year under President Trump’s plan, even after spending thousands of dollars annually on child care. Meanwhile, the typical family of four with two young children in Trump’s former Upper East Side neighborhood would get a hefty $7,329 tax break from the Trump child care plan—about 1,000 times more.

“Trump’s child care proposal leaves working families in the cold while giving wealthy families a windfall. Many of these families across the country have put their faith in the new president to turn the economy around and help them make ends meet, yet his plan does next to nothing to help those who need child care but can’t afford it. A meager $6 for child care doesn’t stack up to the more than $7,300 the Trump’s wealthy neighbors stand to earn from this proposal,” said Carmel Martin, Executive Vice President for Policy at the Center for American Progress.

Using county-level election results, the report identifies Trump swing counties as those in which the vote margin swung at least 15 percentage points toward the Republican candidate from 2012 to 2016. These communities are more likely to be found in the Midwest, northern Plains, and Appalachia.