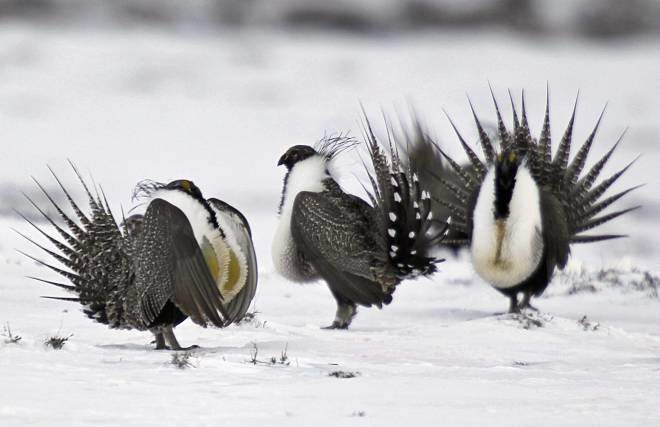 Washington, D.C. —(ENEWSPF)–April 4, 2017.  Private investment in conservation represents an innovative solution to help build a healthy environment and economy, but a new report from the Center for American Progress finds that recent policy changes by the Trump administration pose a major threat to its growth.

The CAP report finds that conservation investments are a fast-growing sector in natural resource management, which involves private investors and businesses working with public agencies to apply market-based approaches to environmental problems. With government estimates that $2.8 billion is exchanged in environmental markets annually—and more than $1 billion in the form of private investments in habitat or water conservation—it’s clear that conservation has become an attractive investment opportunity.

“The growth of private investments in conservation is promising, but President Donald Trump’s executive order introduces a lot of uncertainty about the very policies that make these investments possible,” said Ryan Richards, Senior Policy Analyst for CAP’s Public Lands team and author of the report. “Investors need to know that these markets will function. While the new administration claims to champion business, its slash-and-burn approach to environmental priorities pulls the rug out from under some major economic developments.”

The report outlines ways in which the federal government has spurred conservation investments, including through mitigation banks and start-up grants to private sector innovators testing new approaches to conservation. It also examines how the recent White House directive to reverse mitigation policies, including at the Department of the Interior, limits options for projects on federal lands to compensate for their environmental impacts.

“If the Trump administration is serious about strengthening public-private partnerships, it needs to ensure that land management agencies have the resources they need to fulfill their missions and to pursue innovative solutions that will drive additional investments in conservation,” added Richards. “It’s simply not a winning business model to remove predictability for industry and the public, which can lead to slower permitting times and more litigation.”

The recent executive orders reflect a broader concern about conservation under President Trump. While the Trump administration’s budget proposal gives a nod to the importance of public-private partnerships and support for front-line staff, its numbers tell a different story. Land management and environmental agencies are slated to receive cuts of 12 percent to 31 percent.

The report makes several recommendations for how to sustain the positive trend in private investment in conservation, including restoring support for standardized, science-based mitigation policies to guide investments; funding public-private efforts to support innovative projects; and piloting a pay-for-performance initiative, such as those used in social programs, to test its effectiveness in conservation.

There is a strong body of evidence that conservation is a smart investment, especially for local and rural economies. For example, the environmental restoration activities employ more than 125,000 people across the nation and create more than $9.5 billion annually. The outdoor recreation economy, which depends on stewardship of open spaces, generates more than $646 billion annually and directly supports more than 6 million jobs.