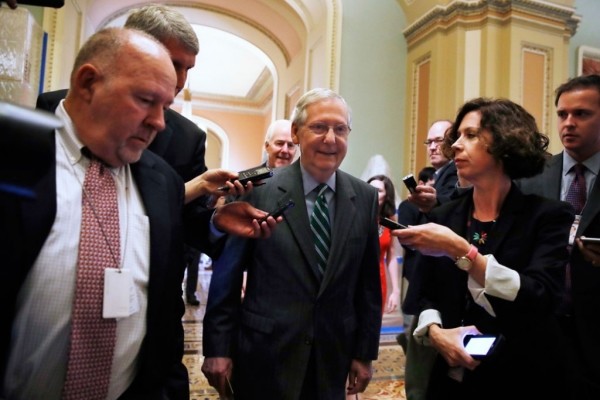 Yesterday’s Congressional Budget Office (CBO) report revealed that 22 million fewer Americans would have health coverage by 2026 under the BCRA, and that premiums would go up for many individual market enrollees. Those increases would be especially extreme for near-elderly and low-income enrollees, effectively imposing an age tax on older Americans. Insurers would be able to charge the near-elderly five times the premium of a young person, and the BCRA’s subsidies would decrease with age.

“Nearly all Americans would be worse off under this catastrophic piece of legislation. Senate Republicans’ repeal bill would increase total health care costs for older Americans and those living in rural areas, effectively making coverage unaffordable for those who need it most,” said Topher Spiro, vice president of health policy at CAP. “Individuals aged 60 to 64 in Alaska at 375 percent of the poverty level would see enormous net premium increases of $47,834.”

The BCRA lowers plan values and financial assistance by implementing a smaller tax credit and eliminating cost-sharing subsidies by 2019. The loss of tax credit eligibility for middle-class Americans with incomes in the range of 350 percent to 400 percent of the federal poverty level would hit hardest in regions of the country with high premiums. In Alaska, for example, an individual with an income at 375 percent of the federal poverty level would pay $21,436 more for health care under the BCRA.

What People are Saying About the Senate Trumpcare Bill

‘This Is Not a Drill’: Less Than One Week to Defeat ‘Barbaric’ Trumpcare Bill