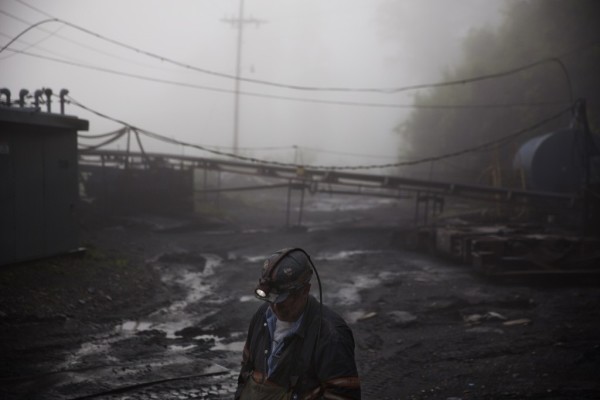 Coal miner Scott Tiller walks through the morning fog before going underground in a mine less than 40 inches high in Welch, West Virginia, May 2016. AP/David Goldman

Washington, D.C. —(ENEWSPF)–April 24, 2017.  On the campaign trail, Donald Trump made many promises to struggling communities—such as those in Appalachian coal country—that he would bring back their jobs. Sadly, that rhetoric does not align with reality. The Center for American Progress released an issue brief and accompanying interactive looking at how President Trump’s proposed budget cuts would halt federal economic and workforce development programs that direct hundreds of millions in federal aid to coal communities.

CAP analyzed grants and awards made under the Partnerships for Opportunity and Workforce and Economic Revitalization, or POWER, Initiative, which directed $115.8 million to coal communities from Wyoming to West Virginia, totaling more than 20 states in all. The benefits of these awards crossed county and state lines, harnessing a ground-up regional economic development approach. As shown in the interactive, the same counties that are benefiting from POWER Initiative grants voted overwhelmingly for Trump.

“President Trump promised to bring back coal mining jobs, but even coal industry leaders admit those are hollow promises,” said Luke H. Bassett, Associate Director of Domestic Energy Policy at CAP. “Instead, President Trump is actively pursuing a budget that would eliminate programs that have delivered results for struggling coal communities. The Trump budget proposal illustrates the president’s utter disregard for the coal workers he spoke about so often on the campaign trail.”

President Trump’s budget blueprint seeks to eliminate 7 of the 12 POWER Initiative programs that worked with Appalachian and Western coal communities to identify projects tailored to their regional needs and interests. This would undo efforts to diversify the economies of these areas and to grow new businesses that are less vulnerable to the downward trend of the coal industry.