Trump Shows Off His WWE Wrestling ‘Skills’ Against CNN 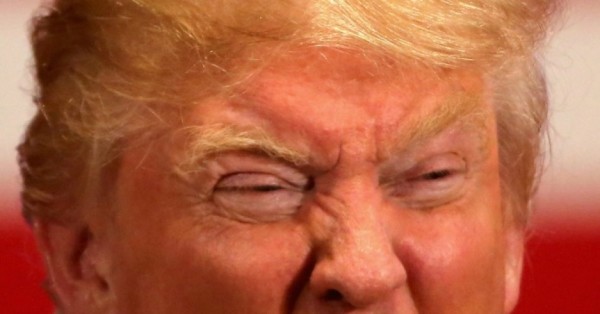 Reporting Trump news has been interesting to say the least.  Not a day has gone by in the past 5 months that I  tell myself this Trump Administration can’t get any weirder. It’s like a live version of the Twilight Zone every day, only I don’t seem to be able to wake up from this bad dream.

This morning, Trump continued his war against the press by tweeting a clip that shows him pouncing on and punching WWE CEO Vince McMahon with CNN’s logo edited over McMahon’s face. Take a minute to absorb this.

While Trump is off acting like a 5 year old, Health and Human Services Secretary, Tom Price made the rounds on the Sunday news shows attempting to convince others (including himself), that Trump is really engaged in the health care issue.

This week Trump will attend the G20 Summit.  It’s been reported that Ivanka Trump is writing his speech.

Trump’s pro-war Defense Department is just aching to start another war. And Trump has the ability to release the nukes.

So what is Der Pumpkin Fuhrer up to while others are running the country and defending his behavior?  He continues waging his war against the ‘Fake Media.’ As we know, ‘Fake News’ in Trump’s mind is any story that does not show him in a favorable light.  Clearly, this guy is clueless about Freedom of the Press.

Now don’t think that Trump has the computer skills to produce this video himself. The controversial clip originated on the Reddit forum “/r/The_Donald.”

For those not familiar with Reddit, it is a website frequented by members of the so-called ‘Alt-Right.’  As the Daily Beast explained:

Extremist communities like r/EuropeanNationalism thrive on Reddit, the eighth most visited website in the United States, according to the web analytics firm Alexa. This week alone, the site has allowed threats of “gas chambers” to rise to the top of one subreddit before a partial removal, and another subreddit dedicated entirely to “physically separating and removing” Democrats from society has remained live.

As our parents frequently told us, “we are judged by the company we keep.” Trump allegedly trolls this website like his other “favorite” media outlets like the National Enquirer and the folks on Fox & Friends. Have you ever read the crazy headlines on the National Enquirer while in the grocery store check-out line?

Just as was the case with Trump’s Tweets last week about slamming “Morning Joe” hosts as “crazy” and “dumb as a rock,” the comments about the inappropriateness of the video has been pointed out by many.

CNN has issued a statement about the video saying:

CNN statement responding to the president: "We will keep doing our jobs. He should start doing his." pic.twitter.com/Gn1YRA2DRG

Singer John Legend retweeted Trump’s clip and said simply “25th Amendment,” referencing the Constitutional amendment that allows for the president to be removed if the vice president and a majority of the cabinet tell Congress that he or she is “unable to discharge the powers and duties of his office.” Mike Pence has remained silent about all of Trump’s bizarre behavior while Senior White House staff try and defend him.

Based on all the out-right lies that Trump has told over the past 5 months, no sane person believes him.  And his actions at best are those of a petulant child.

While the Russia investigations continue, isn’t it about time that there is an investigation into Trump’s fitness to serve?

Trump’s poll numbers continue to decline — just like the reputation of the United States around the world. Can we all be wrong about this man?