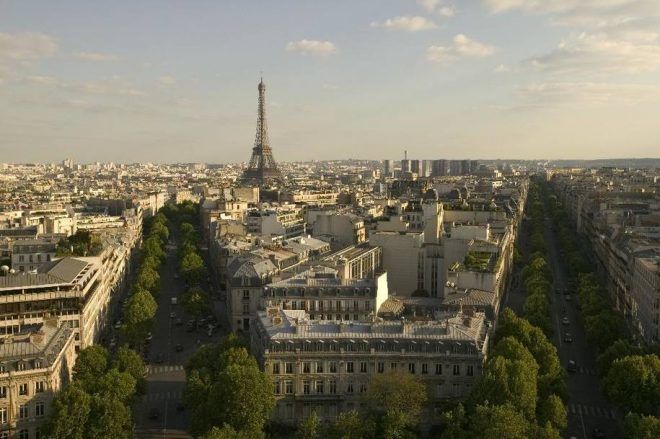 There’s so much to unpack from Trump’s CPAC speech, including his repeating his Stalinist accusation that the media are the enemy of the people and his vow for a massive military buildup in what is already by far the most massively militarily built up nation in the world, but I wanted to highlight his latest attack on an American ally.

It begins with a part of that repeated chilling attack on the press.

But then Trump assiduously sources … his friend Jim.

The president is now telling the story of his pal – "Jim" – who doesn't go to Paris anymore because of Muslims and such. The greatest hits.

Which terrified at least one reporter.

And a little reality:

In September Mastercard released its Global Destination Cities Index, which provides a ranking of the 132 most visited cities around the world.

The study, now in its seventh year measured the number of international overnight visitors to assess which cities were the most popular.

From the AsiaPacific region to Europe to the Middle East and Africa, here are the 10 cities set to see the most visitors this year:

How unpopular was Paris last year? Of the most visited cities in the world, it ranked … third. Which, among other things, is higher than any U.S. city.

But one country has recently seen a huge drop in tourism:

President Trump’s travel ban targeting nationals of seven Muslim-majority countries may not have held up in court, but it appears quite successful at keeping plenty of other people out of the United States.

Trump’s order brought with it a swift decline in the number of worldwide tourists and travelers looking to visit the United States, say people in the tourism industry. Some say it could be as damaging to the US tourism sector as the Sept. 11, 2001, terror attacks.

President Trump has cost the US travel industry around $US185 million ($US240 million) in lost revenue, according to the Global Business Travel Association (GBTA).

It even has a name:

It’s known as the “Trump Slump.” And I know of no reputable travel publication to deny it.

Thus, the prestigious Travel Weekly magazine (as close to an “official” travel publication as they come) has set the decline in foreign tourism at 6.8%. And the fall-off is not limited to Muslim travelers, but also extends to all incoming foreign tourists. Apparently, an attack on one group of tourists is regarded as an assault on all.

At least Trump likes having his name on things.