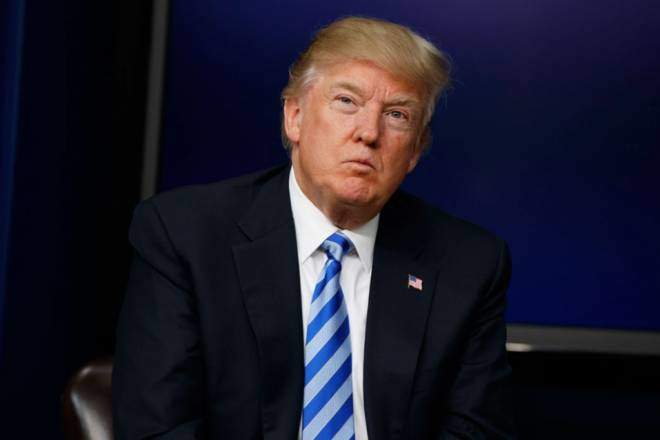 President Donald Trump listens to a question during a town hall with business leaders in Washington, Tuesday, April 4, 2017. AP/Evan Vucci

Republicans need to stop making a terrible health care bill even worse. A little over a week ago, President Donald Trump declared that the White House would be moving on from its efforts to repeal the Affordable Care Act, or ACA. However, in an abrupt about-face, the administration is now reportedly considering a new proposal in an attempt to reinvigorate talks: allowing insurers to drastically raise prices on people with pre-existing conditions, even to the point of preventing them from obtaining insurance at all.

First Republicans had a proposal that would lead to skyrocketing uninsurance and out-of-pocket costs while increasing premiums. Then they argued for driving up coverage prices for services like maternity care and substance abuse treatment while simultaneously weakening protections for employer-provided insurance. Now they’re threatening to eliminate protections for the up to 133 million individuals who have pre-existing conditions.

Penalizing those in need

You could call this proposal a new “sick tax” to match the so-called age tax that caused significant concern during discussions of the House’s health care bill. It’s also a broken promise to the American people, given that Trump said, “I want to keep pre-existing conditions. … I think we have to have it.” House Republicans’, for their part, promised that their plan would “[p]rohibit health insurers from denying coverage or charging more money to patients based on pre-existing conditions.”

In addition to significantly increasing premiums for people with pre-existing conditions or preventing them from obtaining coverage altogether, allowing states to eliminate the community rating requirement would also mean a return to invasive required questionnaires and paperwork that mandate medical exams, tests, and other records to get coverage. And given that insurers previously considered pregnancy a pre-existing condition, this change could also allow insurers to charge women more than men for coverage.

Reports have suggested that Republicans may propose using high-risk pools to try to mitigate the damage from removing the community rating requirement. Cordoning off sick people into a separate risk pool, however, has not been a successful strategy at the state level, and recent Republican proposals would woefully underfund these pools.

The White House is also once again floating a proposal to allow states to gut requirements that all plans provide basic benefits, known as essential health benefits. Without this protection, insurers could sell bare-bones policies that do not cover services such as maternity care, prescription drug coverage, or substance abuse treatment. A recent study suggests this could increase costs for coverage for services like cancer treatment, substance abuse treatment, and maternity care by anywhere from $1,000 to $8,500 a year.

Not only would this provision allow insurers to carve out vital coverage from their policies, it would also significantly undermine benefits for the more than 150 million people with employer-provided coverage. The ACA places annual limits on out-of-pocket spending on essential health benefits; from when the law passed to 2016, 22 million more people had employer-based plans with an out-of-pocket limit. The law also bars lifetime and annual limits on coverage for essential health benefits, which has helped reduce the number of people subject to lifetime limits by more than 100 million. If states were allowed to narrow the scope of services that constitute essential health benefits, these vital protections would be significantly curtailed and potentially rendered meaningless.

Making a bad bill even worse

These proposals are bad enough, but what’s even more striking is that the White House is considering adding these disastrous provisions to an already-disastrous bill, which would cause 24 million Americans to lose their coverage by 2026, increase out-of-pocket costs for the average enrollee by $2,409 in 2020, and increase premiums for equivalent coverage by 13 percent by 2026.

The latest White House proposals provide states with the option to allow insurers to increase rates for people with pre-existing conditions and avoid covering essential health benefits, and there is reason to think a number of states could make these changes—especially given that most states did not have community rating or require the same set of essential health benefits prior to the ACA. The problem would be further compounded by Republicans’ proposal to allow insurers to sell across state lines, which could lead to the most bare-bones insurance plan offered in any state being offered in every state. These bare-bones plans would likely skim off the healthiest people and therefore raise premiums for everyone else in the individual marketplace.

There are press reports that Republicans may be trying to distance themselves from this proposal. But the Republicans’ health care repeal effort has so far been rife with misdirection and obfuscations. With each new proposal somehow even worse than its predecessor, the American people could be excused for wondering whose health care Republicans will be coming for next. It’s far past time for Republicans to give everyone some peace of mind by renouncing Trump’s new proposal to penalize the sick and moving on once and for all from their failed efforts to take health care away from millions of Americans.

Sam Berger is a Senior Policy Adviser at the Center for American Progress.