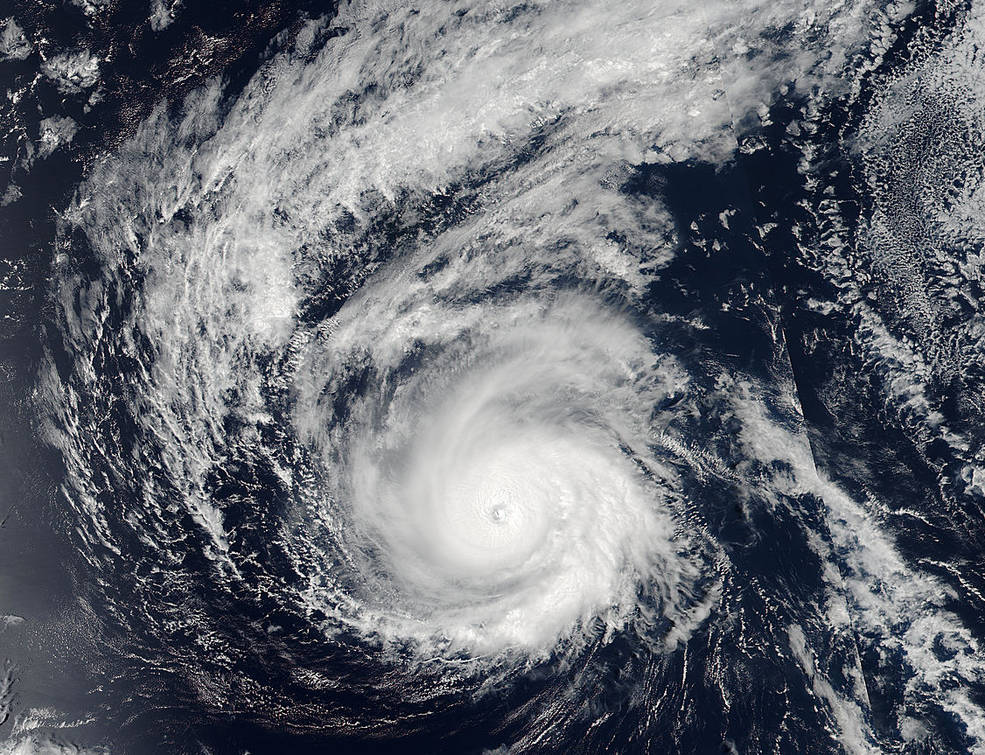 By 11 p.m. EDT (5 p.m. HST) the storm was classified as a major hurricane when maximum sustained winds reached 115 mph (185 kph). Madeline had become a Category 3 hurricane on the Saffir-Simpson Wind Scale.

On Aug. 30, Madeline has sparked a hurricane watch for Hawaii County, Hawaii.

At NASA/NOAA’s GOES project office at NASA’s Goddard Space Flight Center in Greenbelt, Maryland, an animation of NOAA’s GOES-East satellite imagery from Aug. 28 to Aug. 30 was created. The animation showed the movement of Hurricane Madeline intensify from a Category 2 to Category 4 hurricane. To the east of Madeline, Hurricane Lester was moving through the Eastern Pacific Ocean.

NOAA’s Central Pacific Hurricane Center (CPHC) said that Madeline is moving toward the west near 9 mph (15 kph) and this motion is expected to become west southwesterly late today through early Thursday. On the forecast track, the center of Madeline will pass dangerously close to the Big Island Wednesday and Wednesday night. The estimated minimum central pressure is 950 millibars.

Hurricane conditions are possible over Hawaii County on Wednesday, Aug. 31, and ocean swells are expected to reach the Hawaiian Islands over the next couple of days, possibly becoming damaging along some coastlines Wednesday and Thursday.

NOAA’s CPHC said that heavy rains associated with Madeline may reach Hawaii County on Wednesday, and may impact other Hawaiian Islands later Wednesday into Friday. Madeline is expected to produce total rain accumulations of 5 to 10 inches, with isolated maximum amounts near 15 inches, especially over windward portions of the Big Island. This rainfall may lead to dangerous flash floods and mudslides.

For updates on Madeline, visit the CPHC website: http://www.prh.noaa.gov/cphc.