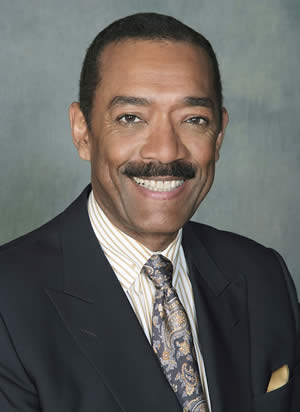 University Park, IL-(ENEWSPF)- Compelling stories about fathers and families are at the heart of a televised conversation between two award winning journalists, created by faculty and students at Governors State University and making its broadcast debut on WTTW Channel 11.

“Reflections on Fatherhood” will premiere on Sunday, February 10 at 4 p.m. and will be re-broadcast on Monday, February 11 at 3:30 p.m. The show was inspired by “Dear Dad: Reflections on Fatherhood,” by John W. Fountain, a nationally renowned journalist, professor, and author. Veteran television journalist Robert Jordan, of WGN-TV, hosts the program.

“This is one of those stories that resonates universally, regardless of age, race, or socioeconomic status,” said Keisha Dyson, producer of “Reflections on Fatherhood” and an adjunct professor in GSU’s Division of Digital Learning and Media Design (DLMD).

“Everyone wants to talk about this subject. Everyone has a mother and a father. Some people have good relationships with their fathers and others have traumatic relationships, and need to move to a place where they can heal from the experience.”

“Reflections on Fatherhood” takes the form of an intimate conversation between Fountain and Jordan. In recorded vignettes, four members of the GSU community – students, staff, and family members – tell stories about their fathers that are interspersed throughout the conversation.

Fountain’s book is a collection of stories by journalists and writers about their relationship with their fathers, or lack thereof, and fatherhood in general. Like the book, the show is honest, raw, and revealing, guiding its viewers from memories of the past toward a healthy future.

Dyson said she decided to develop “Reflections on Fatherhood” after a chance meeting with Fountain, who gave her copy of his book. She secured $500 in seed money through a grant from GSU’s Intellectual Life Committee. Jordan and Fountain agreed to appear on the program and more than 30 members of the GSU community responded to an item in the campus newsletter, agreeing to tell personal stories about their fathers. The conversation between Fountain and Jordan was recorded last April before a live audience in a GSU TV studio.

“From start to finish, this project had everything to do with storytelling,” she said.

Students were an integral part of “Reflections on Fatherhood.” GSU students who participated in the production included director and videographer Blake Labriola, graphic artist Leah Chapman, and video and show editor Joshua Young. The program was produced by the Division of Digital Learning and Media Design. Additional support came from the GSU Office of Institutional Advancement.

In addition to the show’s premiere on WTTW Channel 11, a special screening and discussion of the program is planned at GSU on Father’s Day, June 16. Fountain is expected to take part in that event, Dyson said.

Fountain, who was raised on Chicago’s West Side, is a columnist for the Chicago Sun-Times and a professor at Roosevelt University. He is also author of the memoir “True Vine: A Young Black Man’s Journey of Faith, Hope, and Clarity.” He is a former national correspondent for the New York Times and was a reporter for the Washington Post and Chicago Tribune.

Jordan is weekend anchor on WGN-TV’s News at Nine. He also produces, writes, and reports news stories for the weekday and weekend news. Jordan began his career at Channel 9 in 1973. He has worked on several documentaries and news series at WGN-TV, developing concepts and then producing, writing and reporting in-depth stories on important topics.