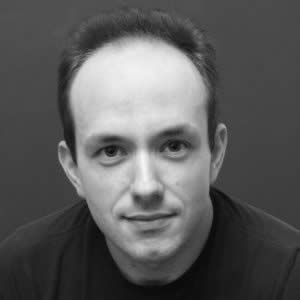 Park Forest, IL-(ENEWSPF)- Andrew Bradford has been named Executive Director of the Illinois Philharmonic Orchestra, joining the orchestra as it begins its 35th concert season. Bradford comes to the IPO from San Francisco Classical Voice, where he was in charge of the media organization’s marketing and fundraising operations.

Bradford’s appointment follows an announcement last month that the Illinois Philharmonic had named David Danzmayr, guest conductor for several leading European orchestras, as Music Director for the upcoming season. Danzmayr, a 32-year-old Austrian, was selected after an extensive international search. "The relationship between Music Director and Executive Director is very important to the success of the organization, and I am tremendously excited to collaborate with Maestro Danzmayr," Bradford said. "He brings technical mastery and superb interpretive skills to the podium. And just as importantly, he has a special ability to engage both audiences and the musicians of the orchestra."

One of the stated goals of the IPO is to broaden the audience to include more young people. "Clearly, the IPO Board takes this commitment seriously, as is evidenced by the appointments of myself and Maestro Danzmayr, both members of the coveted millennials generation," Bradford said. "To me, there is nothing more beautiful in the world than the sound of a live symphony orchestra in concert, and we want the masterful work of the IPO to touch as many people as possible. Maestro Danzmayr and I very much see eye-to-eye on bringing innovative and transformative programs to the Illinois Philharmonic."

Dr. Richard Moutvic, IPO President, said that Bradford immediately stood out as a candidate for Executive Director on the strength of his marketing and management skills and his training as a cellist. "Andrew is both a talented musician and a savvy marketer who has practical experience in arts administration," Moutvic said. "The entire IPO board is delighted that Andrew will be joining our organization. He is uniquely qualified to lead the orchestra as it seeks to enrich the lives of Southland residents and to serve an even broader section of the community."

Bradford is a graduate of the prestigious Management Fellowship program at the John F. Kennedy Center for the Performing Arts in Washington, D.C., where he was a protégé of arts management guru, Michael Kaiser. In addition to work in marketing and fundraising for the Kennedy Center and the National Symphony Orchestra, he has also been Orchestra Manager of the Aspen Chamber Symphony at the Aspen Music Festival in Colorado and worked in the Marketing Department at the Houston Symphony. A classically trained cellist, Bradford graduated from the New England Conservatory of Music and earned a Master of Music degree from the University of Michigan, where he was recipient of a prestigious graduate fellowship.

Both Bradford and Danzmayr will be introduced to the community on Sunday, August 26, at an open house at the IPO’s performing venue, Lincoln-Way North Performing Arts Center, located at 19900 S. Harlem Avenue in Frankfort. The event will take place from 3:00 p.m. to 5:00 p.m. and will include a musical performance by Maestro Danzmayr and several musicians from the Illinois Philharmonic Orchestra. The first concert of the season will be Saturday, November 10, 2012. On the program are Tchaikovsky’s Symphony No. 5 in E minor, The Incredible Flutist byWalter Piston and Concierto de Aranjuez byJoaquin Rodrigo, featuring Ana Vidovic on guitar.

The 75-member Illinois Philharmonic Orchestra (IPO) is the largest performing arts organization in the Chicago Southland providing professional, orchestral music of beauty and excellence to the region. It draws audiences from over 68 south and southwest suburbs including Chicago, Indiana and Michigan.

The IPO integrates a broad range of repertoire, artistry, education, diversity and collaborations with its performances. From November through May, the Orchestra performs a six-concert Saturday Evening Series at the 900-seat Lincoln-Way North Performing Arts Center in Frankfort, Illinois. Series concerts include five Symphonic Classics programs and a December Holiday Pops concert. In addition, the Orchestra repeats selected programs on its Sunday Matinee Series.

The Illinois Philharmonic Orchestra is a member of the League of American Orchestras, the Illinois Council of Orchestras, and the Chicago Southland Convention & Visitors Bureau.