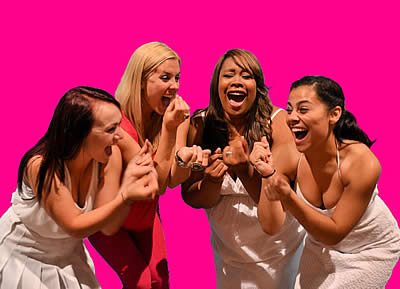 University Park, IL-(ENEWSPF)- Punctuated by peppy songs and snappy dance numbers, “Legally Blonde: The Musical” is the perfect antidote for whatever ails you this summer – whether it’s a broken air conditioner, a neighbor’s car alarm at 2 a.m., or an extremely long line at the ice cream parlor.

“Legally Blonde: The Musical,” the 2012 production of the Southland Theatre Ensemble (SLATE), comes to Governors State University’s Center for Performing Arts for four shows this summer. Performance dates are July 28 and August 4 at 7:30 p.m., and July 29 and August 5 at 2 p.m.

Director J.R. Rose said the show’s cast is working hard to put on a high-energy musical comedy that audiences of all ages will enjoy. Forty cast members from 24 communities, most in the Chicago Southland, were chosen for “Legally Blonde: The Musical” following auditions this spring.

“‘Legally Blonde’ works because the entire cast and production team are so amazingly talented and committed to telling this story,” said Rose, who has directed all four of SLATE’s summer musicals at GSU. “The show is filled with laughs and silliness, big fun dance numbers, and characters that just want to make you smile.”

The show may seem frivolous, Rose said. But there’s a message, too. “It’s about never being afraid of who you are, finding that part of yourself that surprises even you, and making a difference in the lives of others,” he said.

Based on the hit movie, “Legally Blonde: The Musical” tells the story of Elle Woods, a college sorority president and homecoming queen who doesn’t take no for an answer. When her boyfriend dumps her for not being “serious,” Elle puts down the credit cards, hits the books, and heads for Harvard Law School.

“Legally Blonde: The Musical,” with music and lyrics by Laurence O’Keefe and Nell Benjamin and book by Heather Hach, made its Broadway debut in 2007 and was nominated for seven Tony awards that year. The show has been a hit in touring productions in more than a dozen countries across the globe. 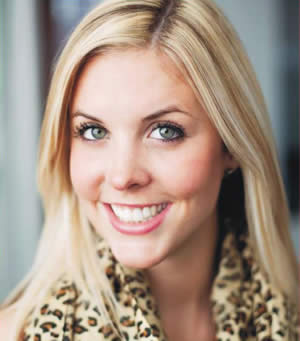 Annie Litchfield, of Chicago, a veteran of other SLATE shows, stars as Elle. Other principals are Louis Wood, of Kankakee, as Emmett; Tanya Townsend, of Chicago Heights, as Paulette; Tyler McMahon, of Kankakee, as Callahan; Eddie Brennen, of New Lenox, as Warner; Mandy Corrao, of Mokena, as Vivian; Courtney Summerrise, of South Holland, as Serena; Bryn Dolan, of Homewood, as Margot; Cat Ealy, of Chicago, as Pilar; Sarah McKevitt, or Orland Park, as Kate; and Courtney Foschi, of Frankfort, as Enid.

SLATE was established in 2009 as an artistic collaboration between the Center for Performing Arts, local theater educators, and veterans of area community theater companies. SLATE has produced three critically acclaimed summer productions, “Into the Woods” in 2009, “The Wedding Singer” in 2010, and “Ragtime” in 2011.

Tickets are on sale at the Center for Performing Arts box office. Tickets are $22 for adults and $19 for children and can be purchased at the Center’s website at www.centertickets.net or by calling the box office at (708) 235-2222.