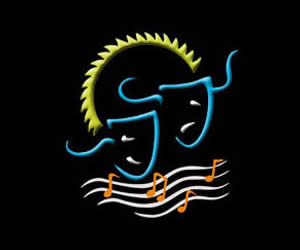 Park Forest, IL-(ENEWSPF)- The Village of Park Forest, in conjunction with the 57th Annual Park Forest Art Fair, will host a music festival on Saturday, September 15, 2012 from 11 a.m. – 5 p.m. The lineup of bands performing includes an eclectic mix of renowned artists from Chicago and the Southland area. Come on out to downtown Park Forest for a day of rock, jazz, blues and more! Admission is free.

The Bliss Philosophers (11 a.m. – 12:15 p.m.)
The Bliss Philosophers is a brand new project headed by Chicago musician Neal Alger that blends the raw sensibility of rock, the sophisticated harmonies of jazz, and lyrics that probe existential themes, performing a mix of original compositions and a wide array of covers (Jackson Browne, Stone Temple Pilots, Stevie Wonder).

The Marcya Daneille Trio  (12:30 p.m. – 1:45 p.m.)
Be prepared to be transported back in time to an era when Jazz was king, the Blues didn’t always make you cry and Soul music fed the soul. Marcya’s melodious voice has been described as "…the perfect blend of Ella Fitzgerald, Dinah Washington and Sarah Vaughan with a dash of Billie Holiday." This will be an afternoon of soulful nostalgia that will have you humming and tapping your feet long after the show has ended. ‘"Let the good times roll!"

“BLU” WILLIE T & da MID-NITE LOVERS  (3:45 – 5 p.m.)
“Blu” Willie T started with his brothers as “Pretty” Willie & the Delta blues Band. Playing the blues clubs of Chicago, Detroit, and St. Louis, “Blu” Willie T made a name for himself as a young firebrand on guitar and as a gifted vocalist. He’s performed alongside Muddy Waters, Lefty Diz, Buddy Guy, Jr. Wells and other blues greats from the 50’s, 60’s and 70’s. “Blu” Willie and his band members  Bradley “D”, Mo Thirus, and Chuck Franklin, perform blues standards and original material.