Park Forest, IL-(ENEWSPF)- Freedom Hall announces the 2012-2013 Series for the intimate 280-seat Nathan Manilow Theatre in Park Forest. Since 1976, internationally renowned performers have graced the stage to the acclaim of appreciative audiences. Continuing this tradition, the series line-up features world-renowned artists from a variety of genres. The Freedom Hall Series is comprised of main, matinee, and children’s performances by artists and entertainers from around the world. From Comedy and Country to Zydeco, patrons are bound to find something to enjoy including inexpensive tickets, free parking, and a convenient location which continues to bring back loyal patrons to Freedom Hall to experience live theatre. Tickets are on sale now, seats are reserved, and savings are available through series discounts.

Highlights of the Main Series include Second City’s “Second City for President” on October 19; C.J. Chenier & The Red Hot Louisiana Band bring Zydeco, blues and R & B, plus a bit of funk to the stage on November 2; Peter Mayer, the lead guitarist for Jimmy Buffet, performs his beautiful Holiday show “Stars & Promises” on December 22; Masters of Motown pay tribute to the likes of the Supremes, Stevie Wonder, Marvin Gaye and many more on February 22, 2013; a nostalgic look at Hank Williams and his influence on music with “Hank & My Honky Tonk Heroes on March 23, 2013; Julie Fowlis, featured on the Disney PIXAR sound track as the singing voice of the character Merida, comes to Freedom Hall on April 20, 2013 to conclude the season. 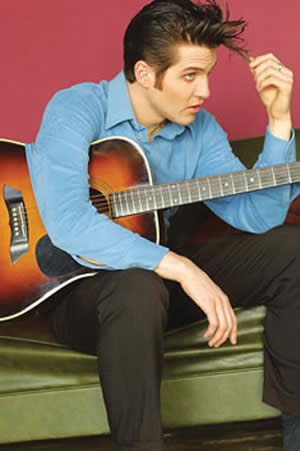 The popular matinee series with shows monthly on Tuesdays at 11 a.m., starts on October 9 with Travis LeDoyt’s “Tribute to the King”, one of America’s most authentic and convincing tributes to Elvis in his prime. Mike Toomey’s TV & Me takes patrons on a journey back into 60’s & 70’s TV land on November 13. Called “…indispensable to Chicago Cabaret” by the Chicago Tribune, Beckie Menzie and Tom Michael perform “Home for the Holidays” on December 11. Romantics will appreciate Metro Jazz Voices: “four-part Harmony, Love Songs for Valentines” on February 5 of 2013, to celebrate St. Patrick’s Day, Switchback performs Celtic folk music on March 12. “Billy Elton- Celebrating the Music of Billy Joel and Elton John” livens up the stage on April 9.

Family theatre shows include ‘Kids for President” on October 26, a timely play featuring stories written by children from around the nation about what they would do as President of the U.S. the show is a production of award-winning Child’s Play Touring Theatre of Chicago. On February 15, 2013, Marcus Pfister’s bestselling book, The Rainbow Fish, is presented as a delightful and touching musical by ArtsPower Theatre Company.

For further information or to order tickets, which can be purchased at the box office, over the phone or on-line, please call Freedom Hall at 708/747-0580 or visit the website at www.freedomhall.org.