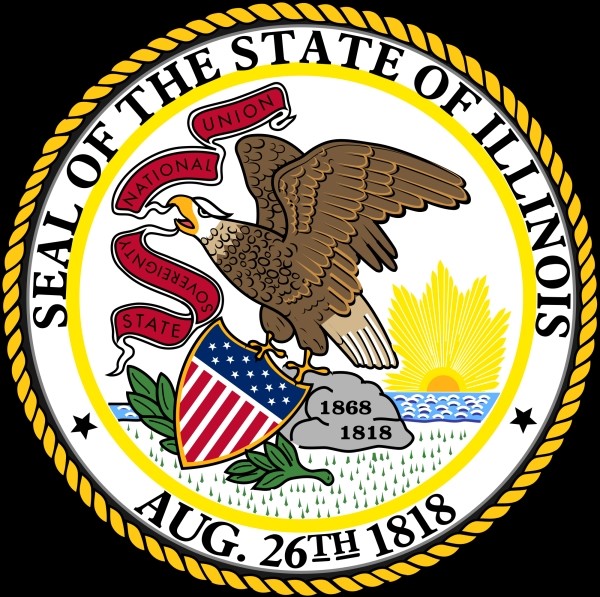 Springfield, IL –(ENEWSPF)—May 23, 2017.  With universities facing declining enrollment amidst a historic budget crisis and mounting pressure of student debt, a trio of House Democrats announced on Tuesday a plan to make a community college and university education virtually free for all low and middle-income Illinois students who earn a “B” or better grade point average.

The plan, House Bill 1316, provides an “affordability grant,” capped at $4,000 annually, per eligible, continuously enrolled student who earns a B or better G.P.A. and whose family earns less than $125,000 annually. The grant would be applied to the recipient’s tuition and fee costs, after the application of other institutional and family-certified aid. The bill would also provide debt relief to recent college graduates.

This new grant program will provide either “free” tuition and fees at a community college or public university or a significant contribution toward such expenses, according to the bill’s sponsors.

“Under Bruce Rauner, Illinois is hurtling toward a busboy economy because he has financially strangled and destabilized Illinois’ higher education system, causing schools to buckle and students to flee the state,” said the bill’s chief sponsor, House Deputy Majority Leader Lou Lang (D-Skokie). “Our ‘B or Better’ college bill is a dramatic rescue and reinvestment in state universities and community colleges by rewarding students who earn good grades with grants that, in most cases, will provide free tuition throughout their higher education career.”

Lang estimates that the legislation will cost approximately $300 million in the first year.

State Rep. Christian Mitchell (D-Chicago), the co-chief sponsor of the measure, said that the legislation is a centerpiece of House Democratic efforts to “revive Illinois manufacturing” and job growth by providing a major boost to the state’s college system.

“The answer to growing jobs in Illinois isn’t stripping protections for workers – it’s investing in higher education,” said Mitchell. “Our state universities and community colleges are the steel mills and coal mines of Illinois towns, generating more than $50 billion in economic activity. By investing in our universities and channeling talented students into specialized community college vocational programs, Illinois will address the ‘skills gap’ in Illinois that leaves many jobs unfilled – a problem especially acute for folks outside of Chicago, and for people of color.”

Mitchell pointed to a 2015 Manufacturing Institute report that found that 72% of U.S. manufacturing executives cited community college vocational programs as their second most important strategy to “mitigate the effects of skills shortages.”

Mitchell also cited the role that the Rock Valley Community College recently played to bring the operator of a $40 million jet repair hub, AAR, Corp., to the Chicago Rockford International Airport, an investment that will create 500-plus jobs.

“In a July 14, 2016 story, the Rockford Register Star reported: ‘What ultimately convinced AAR executives to bet on Rockford was Rock Valley College’s decision to expand its aviation maintenance program. The college built a $5.1 million, 40,000-square-foot training center that allows it to produce more certified Airframe & Powerplant mechanics for AAR and the region’s aerospace and aviation cluster,’” said Mitchell. “A skilled, community college-trained workforce, not term limits, is what job creators are clamoring for.”

A report by the American Association of Community Colleges showed that in 2012 alone “the net total impact of community colleges on the U.S. economy was $809 billion in added income, equal to 5.4 percent of GDP. Over time, the U.S. economy will see even greater economic benefits, including $285.7 billion dollars in increased tax revenue as students earn higher wages and $19.2 billion in taxpayer savings as students require fewer safety net services, experience better health, and lower rates of crime.”

Guzzardi warns that Illinois’ higher education is “in danger of extinction,” pointing to an “exodus” of both professors and a net emigration of 12,700 students in 2014, a 70 percent increase over the last 10 years.

“Higher education in Illinois is in danger of extinction,” Guzzardi said. “Because of the state budget crisis, we’re seeing an exodus of both students and of respected professors. Meanwhile, high tuition is crushing families with debt or keeping them out of higher education altogether.”

“Our ‘B’ or Better’ legislation will lift the burden of debt from the shoulders of the next generation of students,” Guzzardi said. “The prospect of free tuition will draw families and businesses to come to Illinois and students to attend our excellent universities.”

The lawmakers are seeking a vote in the House on legislation before the May 31 adjournment deadline.