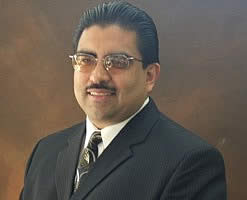 It is with great sorrow that I must announce that at 6:39 p.m., this date, Mayor Alex Lopez, 44, Mayor of the City of Chicago Heights, Illinois was pronounced dead after collapsing from what is believed to be a heart attack. Mayor Lopez was with his daughter watching a basketball practice at the time of the collapse, and was transported to St. James Hospital, Chicago Heights, unresponsive.

Mayor Lopez was appointed to the office of Mayor in July of 2008 to fill the vacancy of the former Mayor Anthony DeLuca. He thereby became the first Latino and minority Mayor in the history of Chicago Heights. Mayor Lopez is survived by his Wife, Sandra and two children.

We ask that you please respect the family’s privacy as they attempt to endure this tragic ordeal. The City will follow up with further information regarding services and arrangements as it becomes available.