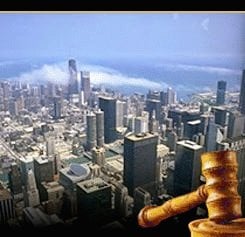 CHICAGO—(ENEWSPF)—July 24, 2015. Cook County Circuit Court Judge Rita Novak ruled today that a law intended to improve two public worker retirement systems violates the Illinois constitution. The ruling is viewed as a major setback for Mayor Rahm Emanuel who has repeatedly said that taxes will need to be raised without pension reforms.

The city argued that without the law, the two pension systems would run out of money within 10 to 13 years and that under Illinois law, payments to retirees would be the obligation of the pension funds, not Chicago. Labor unions and retirees sued over the law claiming it violated the state constitution’s pension clause.

“The city’s argument, premised on the notion that participants have no right vis a vis their employer to expect payment of their pension benefits, is fundamentally at odds with the Supreme Court’s teachings,” Novak wrote.

Pension payments are an extremely serious problem in both the State of Illinois and Chicago. The state has $105 billion unfunded pension liability while Chicago’s unfunded liability is $20 billion.

Chicago will appeal the ruling to the Illinois Supreme Court.