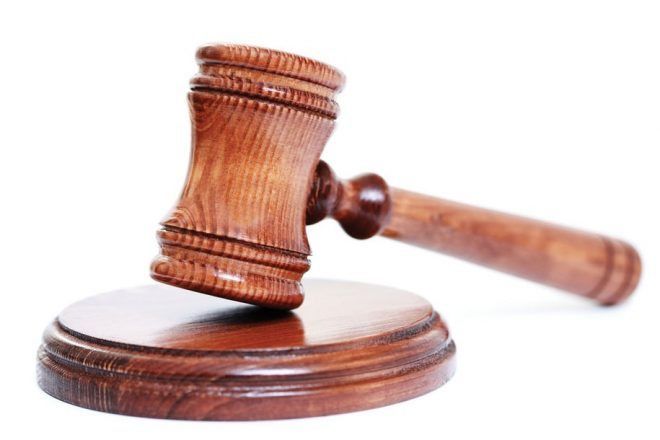 Park Forest, IL-(ENEWSPF)- In our last article on judicial recommendations and qualifications, we provided an exhaustive report from the Alliance of Bar Associations for Judicial Screening (Alliance) on who you should consider voting for as Cook County judges, either those running to fill vacancies or sitting judges running for retention. There is much data to sift through and it may seem overwhelming.

The following are considered NOT QUALIFIED:

The following are NOT RECOMMENDED for election:

Here is the rationale for each from the Alliance:

Judge Coleman was elected to the bench in 2010. She was in private practice before becoming a judge. She is currently assigned to the Domestic Relations Division in Markham.

Judge Coleman is reported to be professional and courteous on the bench.  The Council is concerned that many lawyers question Judge Coleman’s knowledge of the law, although most respondents note that she does the necessary research to rule. There was a mixed response as to whether she is fair to both men and women who appear before her. Some believe she favors male parties, but others say she is fair and seeks a just outcome. The Council must balance the totality of the positive and negative comments we heard about Judge Coleman’s judicial performance.  On balance, the Council finds her Not Qualified for retention.

Judge Ford was appointed to the bench in December 1997, and was elected in 1998. Since 2002, he has been assigned to the Criminal Division of the Circuit Court. Judge Ford was admitted to practice in 1988. He was an Assistant Cook County State’s Attorney throughout his career as an attorney.

Judge Ford is considered to have good legal ability and he is regarded as hard- working. In 2010 his demeanor drew some criticism for impatience and inappropriate remarks, but respondents in the current evaluation praise his temperament as being both patient and in control of the courtroom.

But two decisions handed down by the Illinois Appellate Court since 2010 raise serious concerns about Judge Ford’s ability to decide cases in an impartial manner. In People v. Jackson, the Appellate Court reversed and remanded a first degree murder conviction rendered by Judge Ford at a bench trial, holding he “abandoned [his] role as a neutral and impartial arbiter of fact by adopting a prosecutorial role when questioning [the] defendant’s expert witness and by relying on matters based on prior private knowledge” that were outside the record, thereby undermining the defendant’s right to a fair trial. And in People v. Pace, another first degree murder case, the Appellate Court vacated an aggregate 100 year sentence imposed by Judge Ford upon a 16-year-old defendant, finding that Ford considered and “placed significant emphasis” on impermissible factors during sentencing, including the defendant’s choice to remain silent during the sentencing hearing, Judge Ford’s personal views, and evidence not located in the record. “It is noteworthy,” continued the Appellate Court, “that the portion of the record in which [Judge Ford] announced [his] sentence goes on for 16 pages. At least four of those pages were devoted solely to [Judge Ford] discussing [his] personal feelings about gang violence; other large portions see the judge discussing the victims and stating that he was aligned with them.” In both Jackson and Pace, the Appellate Court remanded the matters to the Circuit Court with instructions to reassign the cases to a different judge.

Judicial impartiality is a foundational component of our legal system. Deviation from this principle not only deprives litigants of due process, but also undermines public confidence in the courts. On balance, the Council finds Judge Ford Not Qualified for retention

Judge Lynch was elected to the bench in 1998. He is presently assigned to the Law Division. He is a former Assistant Cook County State’s Attorney.

Judge Lynch is widely respected for his knowledge of the law and procedure. He is considered to be well prepared and is reported to be adept at handling long, complex trials. Some respondents complained that he can, on occasion, be short tempered on the bench. Most say that he has a good temperament. The Council is concerned, however, that Judge Lynch on several occasions has reached beyond his immediate role as judge in a particular matter to engage in legal acts that seem to be outside his normal course of deciding a case before him. These matters include seeking or having sought to have the attorneys prosecuted for fraud or obstruction. In another matter, the judge unsuccessfully sought to have the Cook County State’s Attorney prosecute one of the parties before him. These unorthodox uses of judicial discretion, including criminal contempt charges, are troubling to the Council.  On balance, the Council finds Judge Lynch to be Not Qualified for retention.

Hon. Daniel Patrick Duffy was appointed to the Circuit Court by the Illinois Supreme Court in 2014 and currently sits in the First Municipal District. He was admitted to practice in Illinois in 1995 and in Wisconsin in 1994. Before becoming a judge, he was an attorney with several private firms doing a variety of matters including criminal defense, commercial litigation, and insurance litigation. Judge Duffy presents several issues. Prior to becoming a judge, many attorneys were critical of Judge Duffy, noting incivility in their dealings with him. While some attorneys praised his litigation skills, the Council on balance found him Not Qualified in an earlier evaluation. Since becoming a judge, many lawyers have praised his knowledge and court management skills.  But the Council is also concerned that the U.S. Court of Appeals for the Seventh Circuit recently found that Judge Duffy as a personal litigant had brought an appeal that the Court believed was frivolous, and levied sanctions. On balance, the Council finds Judge Duffy Not Qualified for the Circuit Court.

Circuit Court – Cook County (First Subcircuit) / To fill the vacancy of the Hon. Vanessa A. Hopkins

Rhonda Crawford failed to submit materials for evaluation. The Council finds her Not Recommended for the Circuit Court.

Hon. Maryam Ahmad – Qualified (may run as a write-in candidate)

Hon. Maryam Ahmad was admitted to practice in 2000, and was recently appointed to the bench by the Illinois Supreme Court. She had been in private practice, a full time attorney volunteer at First Defense Legal Aid, an Assistant Cook County Public Defender, and an Assistant Cook County States’ Attorney. She is considered to have good legal ability and has a range of litigation experience. The Council finds her Qualified for the Circuit Court.

D. Renee Jackson failed to submit materials for evaluation. The Council finds her Not Recommended for the Circuit Court.

Matthew Link failed to submit materials for evaluation. The Council finds him Not Recommended for the Circuit Court.

Additionally, for your consideration, the following received one or more negative recommendations from individual bar associations: