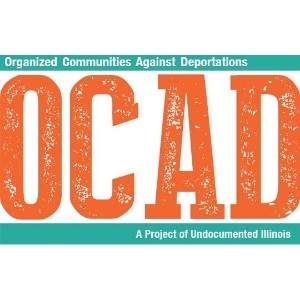 CHICAGO—(ENEWSPF)—June 5, 2017.  A rally in support of Noe Adan Carlos-Herrera, community organizer and the father of a 5-year-old U.S. citizen will be held on Tuesday, June 6 at 11:30 a.m. at the Chicago Immigration Customs Enforcement Office, 101 West Congress Parkway in Chicago. After having spent over an year in detention, and being granted a Stay of Removal last year, Mr. Carlos-Herrera is now being asked to report to his ICE check-in with a plane ticket for Mexico. Despite submitting a new Stay of Removal request at his last check in on April 28, 2016, ICE has refused to provide an answer to that request to either him or his lawyer.

Mr. Carlos-Herrera has been dedicated to doing everything possible to remain with his family, including his 5-year-old U.S. citizen daughter. Mr. Carlos-Herrera first came in contact with ICE in 2013 after a traffic violation, and was detained for over a year in the Dodge Detention Facility. He was released after almost a year of community demands for his release. He was granted a stay of removal last year.

Since the changes to immigration enforcement made under the Trump administration, numerous community members around the country have been asked to check-in to immigration office. Some are not being allowed to come out and are even being detained and deported on the spot.

Organized Communities Against Deportations (OCAD) is an undocumented-led group that organizes against the deportation and criminalization of Black, Brown and immigrant communities in Chicago and surrounding areas.