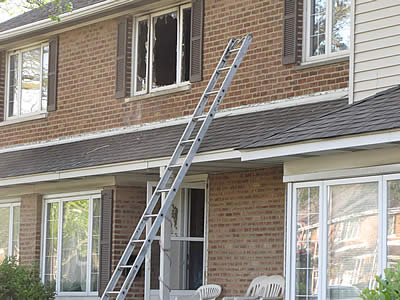 An interior unit of a cooperative in the 2600 block of Western Avenue was the scene of a fire Thursday afternoon. (Photo: Gary Kopycinski)

The appeared to be contained to the second floor of an interior cooperative unit. Units on either side did not appear to be damaged. A resident at the scene said neighbors saw smoke and called the fire department. Fire personnel smashed through both the east and west second floor windows of the unit to douse the flames.

Police blocked off Western Avenue south of 26th street as one fire truck was parked on the street in front of the unit. Other emergency responders were in the cooperative’s parking lot on the west side of the building.

No one was home at the time of the fire, but two pet cats were inside. Neighbors said one ran away when a door opened. The other one was unaccounted for.

The cause of the fire has not yet been determined. 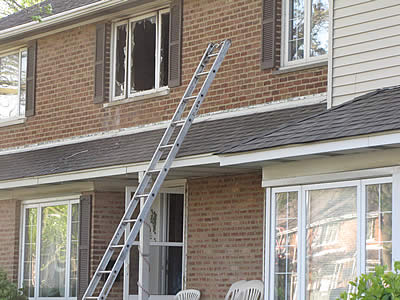 A ladder leads to the second floor window which fire personnel broke to gain entry. 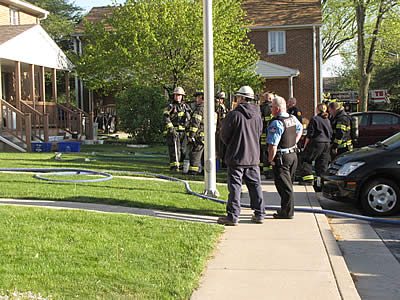 Police and fire personnel outside the unit. 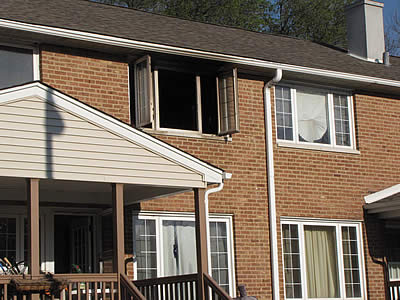 The east second floor window of the unit. 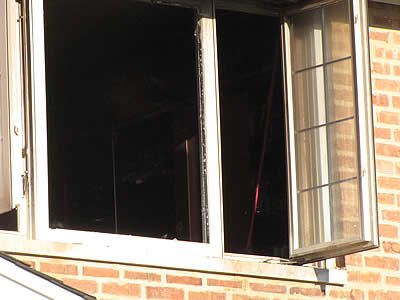 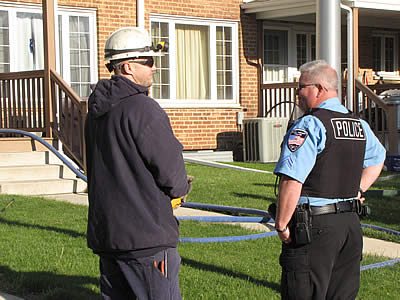 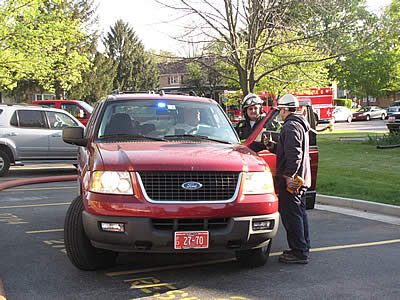 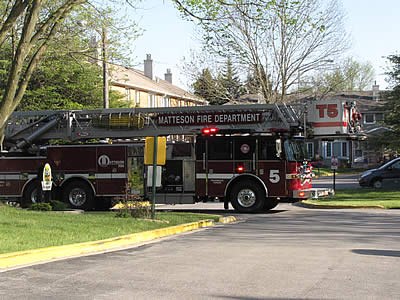 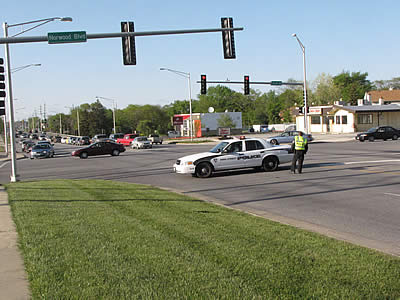