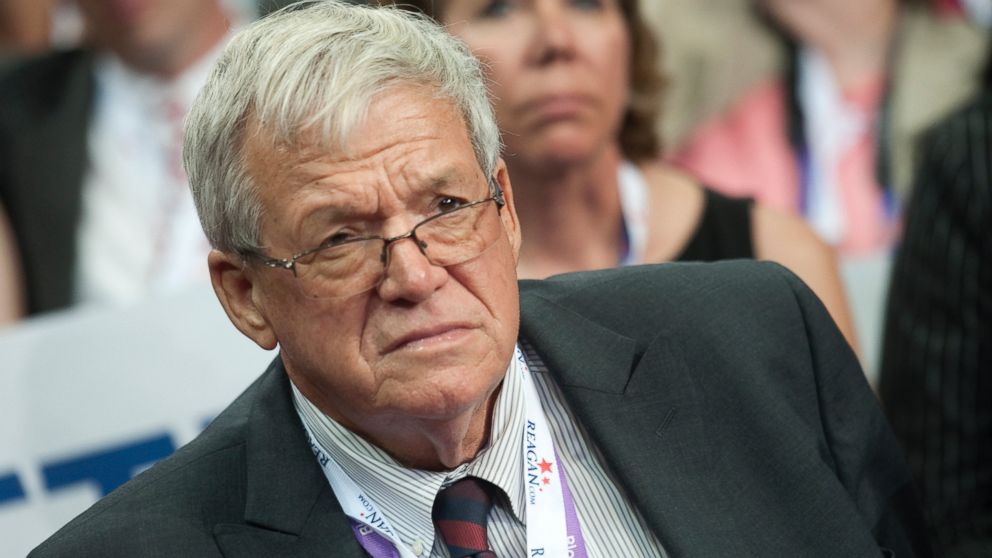 Former Speaker of the House Dennis Hastert, R-Ill., is in the Illinois delegation at the 2012 Republican National Convention. Getty Images

CHICAGO —(ENEWSPF)—May 28, 2015. The former Speaker of the United States House of Representatives was charged today with structuring the withdrawal of $952,000 in cash in order to evade the requirement that banks report cash transactions over $10,000, and lying to the Federal Bureau of Investigation about his withdrawals. The defendant, JOHN DENNIS HASTERT, 73, of Plano, Illinois, was charged with one count each of structuring currency transactions to evade Currency Transaction Reports and making a false statement to the FBI in an indictment returned by a federal Grand Jury. He will be ordered to appear for arraignment on a later date in U.S. District Court.

According to the indictment, in 2010, Hastert agreed to provide Individual A $3.5 million in order to compensate for and conceal his prior misconduct against Individual A.   From 2010 to 2014, Hastert withdrew a total of approximately $1.7 million in cash from various bank accounts and provided it to Individual A. Beginning in approximately July 2012, Hastert started structuring his cash withdrawals in increments of less than $10,000 to evade the filing of Currency Transaction Reports (“CTRs”), which banks are required to file for cash withdrawals in excess of $10,000.  In December of 2014, when questioned by the FBI regarding his structuring of cash withdrawals, Hastert falsely stated that he was keeping the cash.

Each count of the indictment carries a maximum penalty of 5 years in prison and a $250,000 fine.  If convicted, the Court must impose a reasonable sentence under federal statutes and the advisory United States Sentencing Guidelines.

The government is being represented by Assistant United States Attorneys Steven Block and Carrie Hamilton.

The public is reminded that an indictment contains only charges and is not evidence of guilt.  The defendant is presumed innocent and is entitled to a fair trial at which the government has the burden of proving guilt beyond a reasonable doubt.