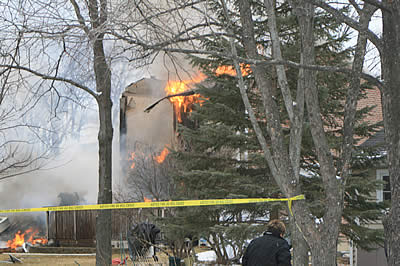 A home in the first block of Bailey Road burns after exploding shortly after noon today. (Photo: Richard Whitehead)

Park Forest, IL–(ENEWSPF)– One person was injured when a home in the Park Forest Cooperative Area B exploded in Park Forest around noon today. The impacted addresses are 13 and 15 Bailey Street.

The Village’s Public Safety crews responded immediately and gained quick control of the scene,” Village Manager Tom Mick said. Mick said debris from the explosion is visible for hundreds of feet around the site of the explosion. He further reports that, at this point, it appears there were no fatalities. Some individuals were transported the area hospitals as a precaution.

The street is a dead-end off Birch Street just south of 26th Street. The normally quiet street leads to the Cook County Forest Preserve.

Laurie Ebert, a resident of Park Forest Cooperative Area B, lives on Choat Road. She heard the explosion that tore apart a duplex in her cooperative, and came to help. (Video: ENEWSPF)

A Park Forest home burst into flames Tuesday afternoon, shaking the entire block and sending plumes of smoke into the sky.

Emergency crews responded around 12 p.m. Nicor was also called to the scene, but had no comment on what triggered the explosion. Neighbors say water crews had been working in the area. Construction equipment- including a backhoe- is parked on the street nearby. 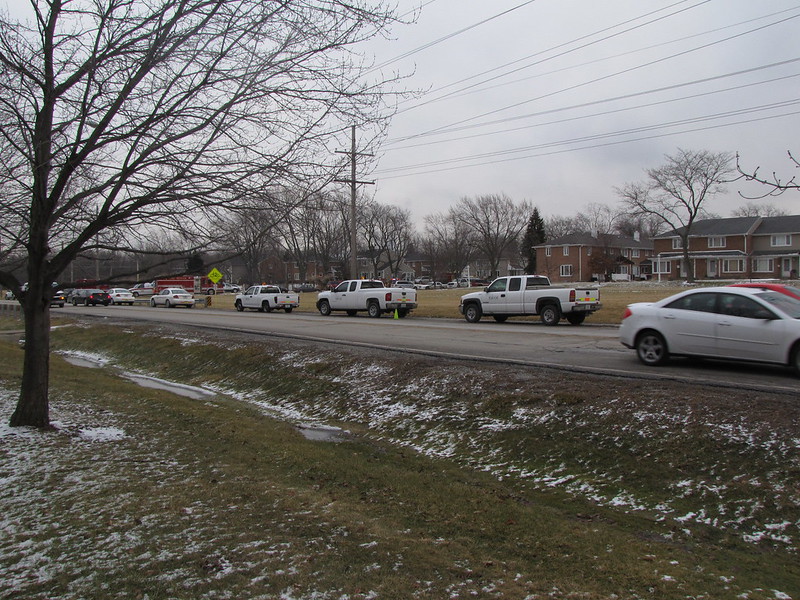 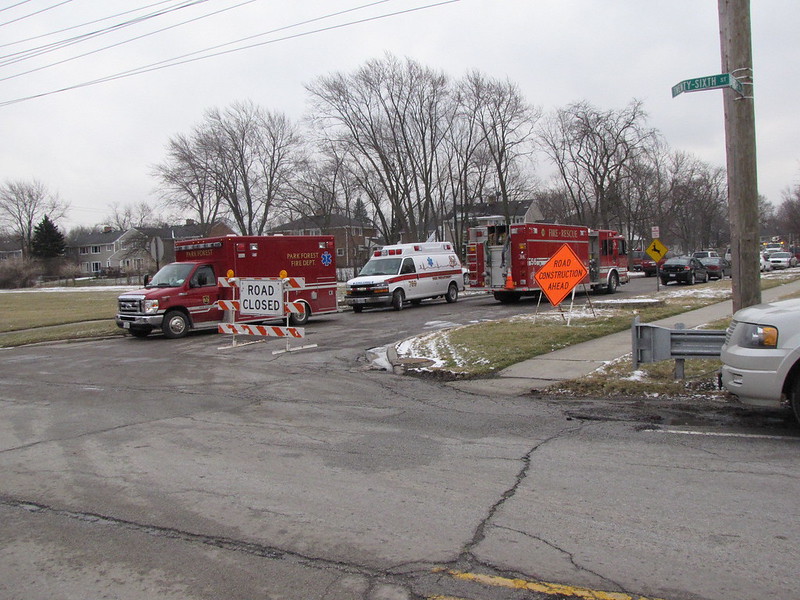 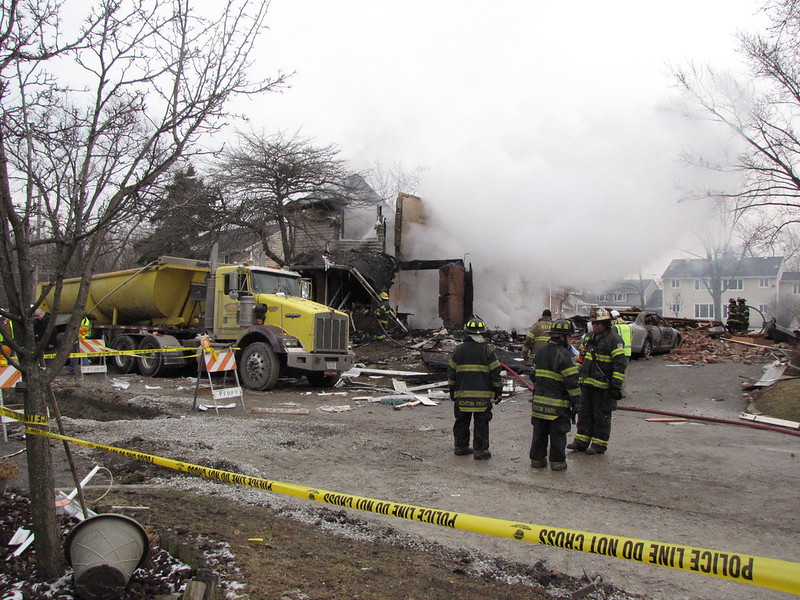 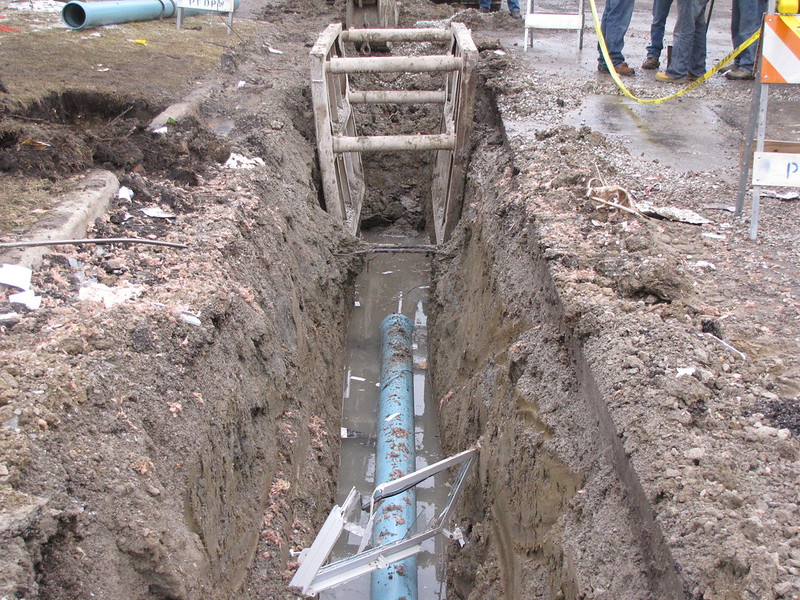 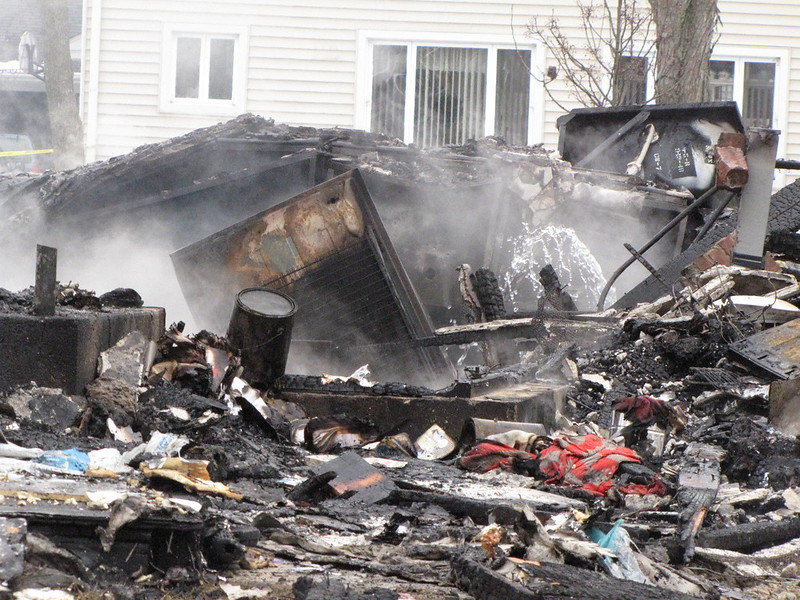 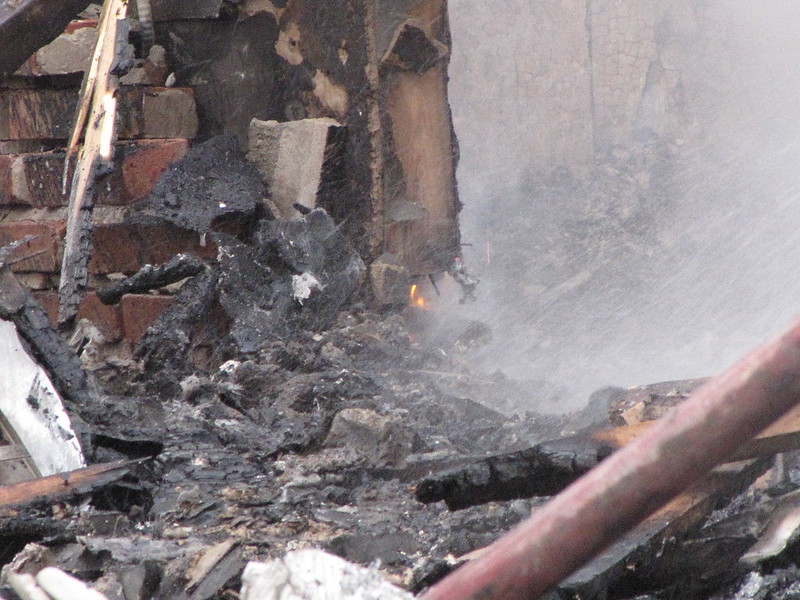