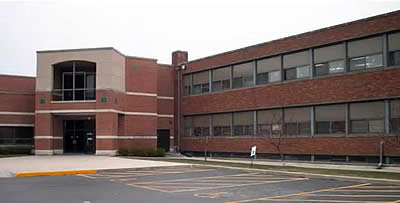 Joliet, IL-(ENEWSPF)- A 55-year-old woman has filed a federal lawsuit against the Diocese of Joliet alleging the Roman Catholic school she worked at for approximately 30 years fired her because of her age.

Roxann Berkes, a former teacher at St. Paul the Apostle School in Joliet, was “suddenly criticized” for her work during the 2010-’11 school year after consistently receiving positive performance evaluations throughout her career, according to the complaint filed last month in U.S. District Court.

Following the poor performance review, the school did not renew her contract for the 2011-’12 school year.

The suit calls the school’s decision unlawful age discrimination and claims the diocese, which covers Will and DuPage counties, among other parts of northern Illinois, has been engaging in repeated efforts to get rid of older employees in favor of younger teachers.

School officials “were pretty honest with her, aside from the bad performance review,” said Richard J. Gonzalez, the attorney representing Berkes. “They were saying the older teachers were making too much and the budget was tight, and they needed to cut some costs.”

“I understand the economics, but age discrimination laws say you can’t factor that in,” he added.

Berkes had been making around $50,000 a year, according to Gonzalez.

The principal of St. Paul the Apostle, 130 Woodlawn Ave., declined to comment. Phone calls and emails directed at the attorney representing the Diocese of Joliet and a diocesan official were not immediately returned.

According to Gonzalez, the diocese was not interested in negotiating a settlement and plans to fight the case.

Berkes, who most recently taught first grade, worked at St. Paul the Apostle from approximately 1981 to 2011. In April of 2010, she took a leave of absence through June of 2010 for treatment of diabetes.

Prior to her leave, she maintained good attendance, according to her attorney. Over the years she has also collected letters from parents who gave positive reviews of her work in the classroom.

“She is such a nice person,” Gonzalez said. “People don’t all of a sudden go from wonderful to so bad that there is no alternative but to fire you. They wanted to have a piece of paper they could hold up and say she was doing a bad job.”

Attempts to reach Berkes were unsuccessful. According to her attorney, she lives alone in a suburb of Chicago.