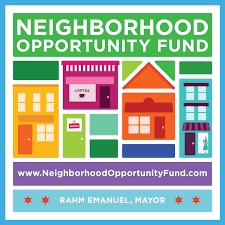 Mayor Emanuel announced that the Chicago City Council will consider a measure next week that would authorize an additional $6 million in funding for the Neighborhood Opportunity Fund which generates funds from downtown development projects to support commercial corridor growth on Chicago’s South, Southwest and West sides. Since the program was created, $6.4 million has been awarded to 57 businesses.

At today’s announcement, Mayor Emanuel said, “The Neighborhood Opportunity Fund was created to ensure that, as one part of Chicago grows, we all benefit from that growth – because we are one Chicago with one future. Small business investments on the South, Southwest and West sides of the City catalyze positive economic change that creates jobs, provides needed services to neighborhoods and transforms buildings that have been closed for decades into spaces that create a sense of community.”

The Neighborhood Opportunity Fund was created by Mayor Emanuel through reforms to the City’s Zoning Code in 2016 and is financed by voluntary contributions from downtown construction projects. These payments are in exchange for density bonuses that allow developers to exceed zoning limits for a specific development site.

A small business’ proposal requesting a Neighborhood Opportunity grant must demonstrate the ability to have a measurable, catalytic impact on a community or commercial corridor, based on the availability of similar goods or services, along with project feasibility, among other factors. Project eligibility is limited to commercial streets in low-to-moderate income areas.

Eligible costs for Neighborhood Opportunity Fund grants include property acquisition and rehabilitation, small business training and local hiring subsidies. Up to 65% of a small business’ eligible project costs can be covered through the program. Grants that exceed $250,000 require City Council approval. The program is administered by the Department of Planning and Development.