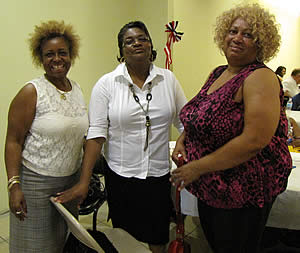 Sheena Patton of Chicago Heights, president of the organization, addressed the group first.

Video from the event: