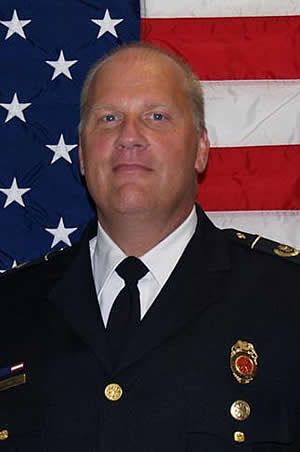 Wilcox has been the town’s fire chief since March of 2006, and joined Park Forest after a distinguished 21-year career for the Village of Matteson.

Wilcox’s career in public service dates back 40 years to 1973 when he got his start as a firefighter in Bishop, Texas; a small town located thirty miles southwest of Corpus Christi.

Since relocating to Illinois in 1976, Wilcox has served for numerous fire departments throughout the state, including Fort Sheridan, Highland Park, Highwood, and most recently Matteson and Park Forest.

With Master’s degrees in Public Administration and Management, Wilcox also briefly held the position of village administrator for the Village of Matteson in 2005 after an unexpected vacancy prompted Board members to tap him for the post.

Park Forest Village Manager Tom Mick credits Wilcox for having provided superb leadership and vision in his seven years as fire chief for the town, which he says has greatly benefited residents. During Wilcox’s tenure, calls for fire service have decreased each year since 2007, dropping by close to 33 percent, from 1,105 in 2007 to 743 in 2011.

"Since his arrival, Chief Wilcox has implemented a number of institutional changes which have vastly enhanced Park Forest’s emergency response capability and the fire safety residents practice in their homes," said Mick.

"Chief Wilcox has worked extremely hard to educate our residents on fire safety every opportunity he’s had. From his many talks at our senior buildings to his consistent presence at the Village’s Youth Day, his emphasis on fire prevention education has been top-notch and we see the results," Mick continued. 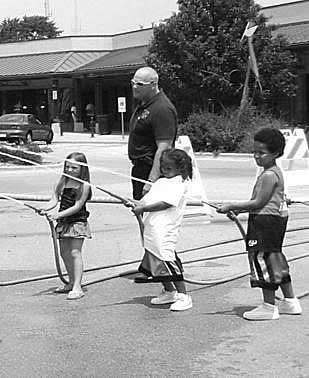 Wilcox instructs kids how to put out a fire at Park Forest’s Youth Day event in 2007. (PHOTO SUPPLIED)

"For three decades, Bob Wilcox has been a leader within the ranks of public safety officials in the south suburbs. I congratulate him on his retirement as Fire Chief for the Village of Park Forest and wish him a long, healthy, and rewarding retirement. On behalf of the citizens of Park Forest, I express to him deepest thanks for his commitment to health and safety in our community and in our region. Chief Wilcox has served us well, and he deserves our thanks and public recognition for a job well done."

Also included in Wilcox’s list of accomplishments are the passage of Park Forest’s residential sprinkler ordinance and the reduction of the Village’s ISO rating to a Class 4.

Wilcox, who says his career has "always been about providing service for others" looks forward to more time spent with wife, Darlene, and his family.

The Village of Park Forest will recognize Wilcox at a board meeting in March. Mick says a new fire chief is expected to be named in the coming weeks.