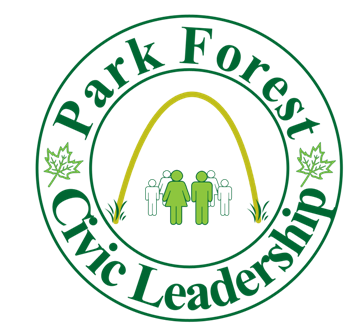 Park Forest, IL–(ENEWSPF)–June 20, 2015.  The Village of Park Forest is offering a new civic leadership program to area residents with the first cohort slated to begin coursework in September.

The Park Forest Civic Leadership Academy, a nine-month program, will consist of a select group of Park Forest residents, high school-aged and up. Classes will be held on the second Friday of each month from 8:30 a.m. to 4 p.m. at various Park Forest venues.

Participants will meet a host of community leaders and take part in informational briefings on the realities and challenges of local government operations. Academy members will explore their ability to critically think to resolve important issues impacting the community.

Park Forest officials began discussions earlier this year on launching a civic leadership program based on limited leadership development programs in the area.

“One of the greatest challenges facing the community right now is the need for new leaders,” said Mayor John A. Ostenburg.

Program coordinators hope that the Park Forest Civic Leadership Academy will serve as a critical developmental program for the grooming of future area leaders.

Those interested in being considered for the program should visit www.villageofparkforest.com/civicleadership or visit Park Forest’s Village Hall, 350 Victory Drive, for an application. Applications, including a resume, personal letter of interest, letter of support from an employer or school, are due July 31.

Those accepted to the program will be required to submit a deposit of $50 (half of the $100 program fee) by September 1 to secure a seat.

Applicants will be notified by mid-August of their application status.