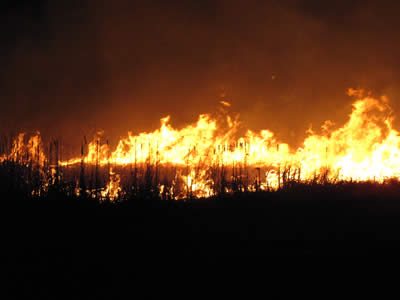 Park Forest, IL-(ENEWSPF)- No, the Aqua Center was not on fire.

With flames topping 40 feet or more at times, the Park Forest Central Park Wetlands project caught fire Thursday night. Park Forest Fire Fighters and Police were on the scene by the time eNews Park Forest arrive, shortly after 9 .m., and had the wetlands surrounded, with added fire personell on the boardwalk that runs into the middle of the park.

The winds moved the flames along rather quickly at times, but the fires died upon reaching the grass line as firefighters predicted.

Fire and police will remain near the wetlands until the flames are out.

The Recreation and Parks Department engages in controlled burning of areas of the wetlands each spring. Tonight’s fire will certainly save them time after winter thaws.

The cause of the fire is under investigation. One official at the scene said the fire appeard to start somewhere in the center of the wetlands, but an official investigation will be conducted.

There were no injuries, though it appeared two bird houses on the east side of the park were toast.

More pictures from the blaze. (ENEWSPF) 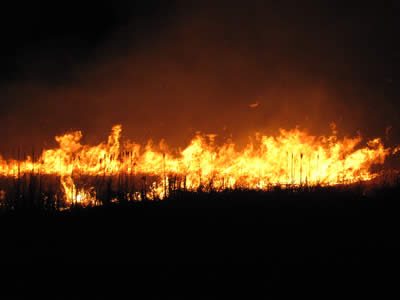 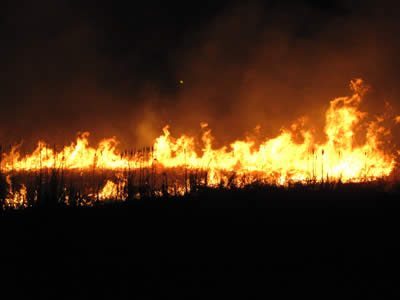 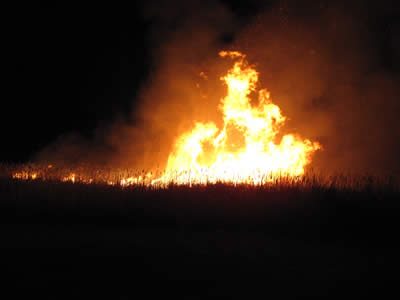 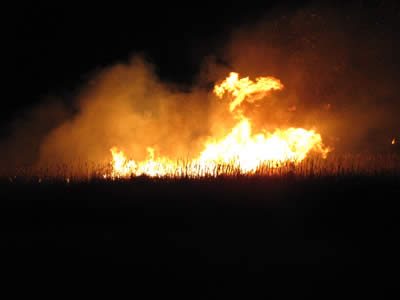 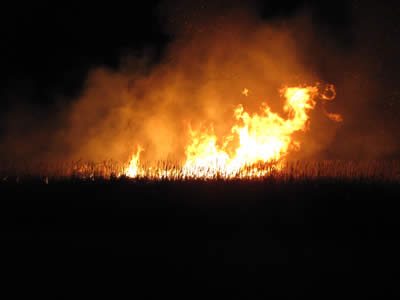 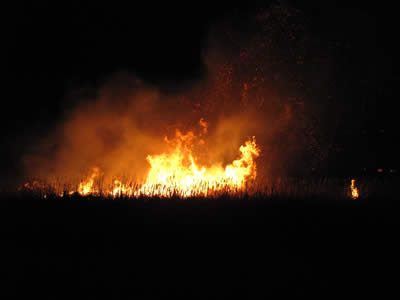