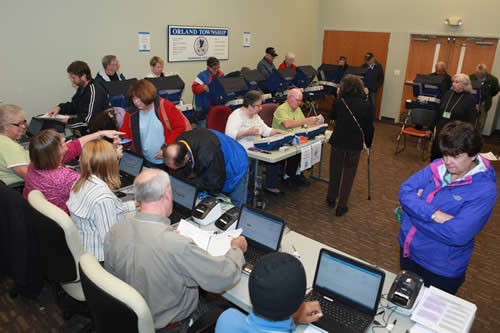 More than 115,000 voters have voted early, by mail or during grace period registration

“Suburban Cook County voters are taking advantage of the three convenient ways to vote before Election Day, in numbers that surpass early balloting four years ago,” Orr said. “More than 115,000 suburban voters have voted during early voting, by mail or through grace period registration.”

Meanwhile mail voting is on track to set a new all-time record. By Wednesday, about 62,000 mail ballot applications had been requested, and more than 29,000 have already been returned, beating the mark set in the 2010 gubernatorial election of 25,004 mail ballots cast. The record for mail ballots cast was 36,754 in 2012.