Rep. Gutiérrez Calls for Investigation into ICE Shooting of Immigrant in Chicago 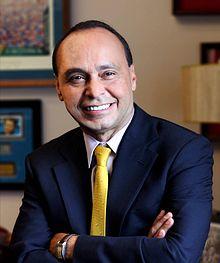 “The circumstances of this enforcement action should be brought into the light of day. My constituents deserve to know whether they are safe in their own homes under this President.”

Washington, DC –(ENEWSPF)–March 30, 2017.  Yesterday, Rep. Luis V. Gutiérrez (D-IL) said he is calling for a full and fair investigation that includes the DHS Office for Civil Rights and Civil Liberties into the circumstances surrounding the shooting of a 53-year-old Legal Permanent Resident (Green Card Holder) in Chicago early Monday morning.  The Congressman made inquiries with ICE headquarters in Washington and with the ICE Regional Headquarters in Chicago but has received very little information other than press statements that the incident is being looked at by the ICE Office of Professional Responsibility.

“It has been hard to get information on this case.  Both ICE in Washington, DC and ICE in Chicago are not talking,” the Congressman said.

“The investigation should be conducted with the cooperation of the Office of Civil Rights and Civil Liberties to assess whether all rules of engagement were strictly followed and to determine if the shooting was an appropriate use of force. What we know is that the man who got shot had a green card because our office helped him with that process more than a decade ago.  We also know that the Trump deportation force thinks it can raid someone’s home with weapons drawn at any hour of the day or night with very little oversight or accountability and that is just not right.  That should not be the way ICE operates in the City of Chicago or anywhere else,” Rep. Gutiérrez said.

It is not clear whether ICE showed up at the wrong address, because press reports indicate there were not undocumented immigrants in the home.  The Congressman’s staff has attempted to speak directly with the family involved, but with no success so far.

“Immigrant communities are scared enough as it is with all of Trump’s talk of mass deportations and going after ‘Bad Hombres,’ which in practical terms has meant going after moms and dads with no criminal activity,” Rep. Gutiérrez said.  “We don’t need gun fire and mayhem by federal officers in our neighborhoods in addition to everything else.”

“The circumstances of this enforcement action should be brought into the light of day.  My constituents deserve to know whether they are safe in their own homes under this President.”

Rep. Gutiérrez is in his 13th term representing the Fourth District of Illinois.  He is a Member of the Judiciary Committee and is the Chair of the Immigration Task Force of the Congressional Hispanic Caucus.