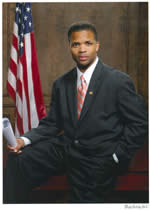 Washington, D.C.-(ENEWSPF)- The Chicago Sun-Times has the story, "After more than a month at the famed Mayo Clinic – being treated for bipolar depression – U.S. Rep. Jesse Jackson Jr. is out and back with his kids in Washington, D.C. Spokesman Rick Bryant said Jackson, 46, may even return soon to Congress. He’s been on medical leave since June 10."

According to Bryant and the Congressman’s wife, Ald. Sandi Jackson (7th), at this point, Jackson plans to return to Congress and pursue his bid for re-election, the report says.