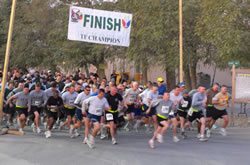 Bagram Air Field, Afghanistan–(ENEWSPF)– Chief Warrant Officer Two Danyel Thompson described October 24, 2008 as a “crisp, fall morning” when the Operation Enduring Freedom 5K Mummy Miler took off in Afghanistan. The Richton Park resident is a member of the Park Forest Running and Pancake Club, and back from her deployment at Bagram Air Field, Afghanistan. Thompson served as Race Director for the event. The PFRPC was a sponsor of the race, sending race bibs and other supplies.

The temperature at the start of the race was about 40 degrees, and the day warmed up somewhat, she says.

About 516 members of the military ran the race. “We had quite a few people dressed up in costumes,” Thompson said. She received favorable comments about the race, many telling her it was the “best race ever” on the airfield.

“I set the standard,” she laughs, “Everybody is spoiled now.” 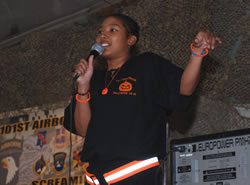 The race featured a live band and a costume-judging contest, won by the Dynamic Duo themselves, two women who ran as Batman and Robin. Other costumes included a “male French maid,” some Star Wars characters and a Hooters girl, Thompson said.

“All in all it was a great event.”

In spite of the race going off “without a hitch,” Thompson said she has no immediate plans to return to Afghanistan and do it all again next year. 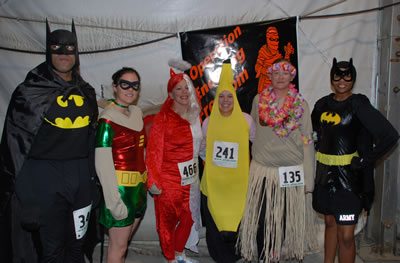