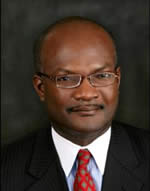 Park Forest, IL–(ENEWSPF)– State Rep. Al Riley, representing most of Park Forest west of Western Ave., expressed frustration with the budget impasse in Springfield, but was still optimistic about the progress made by Illinois' 95th General Assembly. Contacted by phone and in person last weekend, Riley expresed his concern that all regions in his district are treated equally. He would like to see a regional comprehensive plan for the south suburbs. “We have to look at developing our area just as the northern suburbs have developed theirs," he said.

While confident that lawmakers and the Governor would agree on a budget within the next 30 days, he admitted the current status of the budget process is not healthy, “We’re so far apart it’s not even funny.”

The remainder of the interview with Rep. Riley follows:

Riley: One of the things people have to really guard against is being too cynical. I think that we all understand, we’re all ashamed of the fact that we have not passed the budget by now.  We’re in an overtime session, and none of us really like that.

There are people who want more money for education, maybe, in one part of the state.  Somebody else in another part of the state doesn’t want that, and their representatives are representing their issues.  Therefore, there’s going to be points of divergence, and I think that’s what we’re going through right now.

But in the end, one of the things I’d like everybody to remember, is the fact that almost 7,000 pieces of legislation were advanced in the 95th General Assembly, dealing with everything from my issues, which are education, transportation, funding equity, protection for senior citizens, help for the developmentally disabled, and things of that nature – and I’ve advanced about 160 bills myself along those lines.

So, we’ve all been successful in that part.  What’s happening is that the branches of government, the executive and the legislative branches, are having some differences of opinion, and that’s what’s leading to the impasse.

Hopefully, cool heads will prevail, and within the next 30 days, we’ll come up with a budget that I think we’ll all be proud of, to run the business of the people of the state of Illinois.

ENEWSPF:  What, or who, do you see as the main obstacles right now?

Riley:  Well, not necessarily laying blame, I’d like to look at it not necessarily as obstacles, but philosophical differences.  The Governor’s gone on record, and I think everybody knows, he’s said that he will not pass any spending bill that has increase in sales tax or income tax.

However, business, industrial leaders, and the general consensus of the people, is that, they think that an increase in the income tax is palatable.  So, therein lies part of the problem – whether or not the Governor’s willing to bend – and I think that no one will say that he reneged on a campaign promise if he does that.  Because I think we all know that’s something we have to do, to be able to fund the kinds of programs, certainly, he wants to fund, and that the rest of us want to fund.  These programs cost money.

ENEWSPF:  Any hope for any school funding relief?

Riley:  I’m hoping so.  The jury is still out.  I’m a co-sponsor of House Bill 750, which, as you know, attempts to finally fully fund education for students all across the state.  In other word, students, no matter where you live, from Glencoe to Inglewood, on the west side of Chicago, will be fully funded.  The EFAB [Education Funding Advisory Board] or the foundation level, will be fully funded, in House Bill 750, along with some property tax relief.

Now, having said that, House Bill 750’s funding source, is the income tax.  There’ll be an increase in the income tax, there will be some appropriate taxes that will be increased, but there will also be a concomitant reduction in property taxes.

Now, I personally think that’s very equitable, and certainly the idea behind it is very sound.  But, again, because it involved an increase in the income tax, the Governor has seen fit not to sign it.