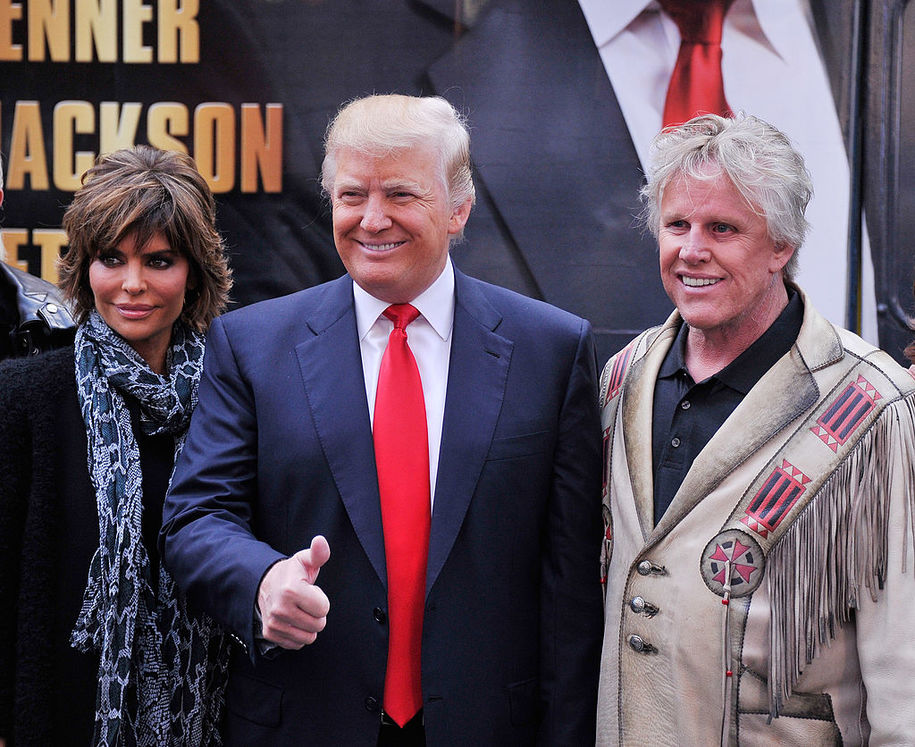 Former employees of The Apprentice have come forward with another tale of sexual harassment on Donald Trump’s NBC show. In interviews with The Daily Beast, five former employees say a female employee was sexually harassed and assaulted by celebrity contestant Gary Busey:

“We were smoking cigarettes outside, and Busey was standing next to me. And then at one point, he grabbed me firmly between my legs, and ran his hand up my stomach, and grabbed my breasts,” she continued. “I didn’t know what to do. So I made this joke that, ’Oh, I’ve never been sexually harassed by a celebrity before!’ Then he grabbed my hand and put it [over] his penis, and said, like, ‘I’m just getting started, baby.’”

Another employee jumped in between the two, but staffers were so outraged they asked for Busey to be kicked off the show. They allege Trump just laughed off the accusation. More locker room banter, right?

“Gary, did you do a bad thing… [and] got your hands where they’re not supposed to be,” the Apprentice staff member recalls Trump as saying, noting that the two of them were “yucking” it up as Trump was supposedly disciplining him. Another staffer recalled Trump calling Busey a “bad boy, a very bad boy.”

Once again, this report appears to be further confirmation that Mark Burnett TV and NBC gave Donald Trump and his pals a platform to sexually harass women for 14 seasons of The Apprentice.

“There was definitely a lot of pervasive sexism,” one staffer claimed. “There were some real celebrities [who] were openly sexist and it was tolerated. It wasn’t uncommon for these young ladies in the talent department [who] would burst into tears because so and so told them to ‘sit on it.’”

For what it’s worth, during the same episode, a lewd Gary Busey bizarrely described Melania Trump’s beauty:

Busey: Have you ever had your genitalia so excited that it spins like a ferris wheel in a carnival ride? That’s how beautiful she is.