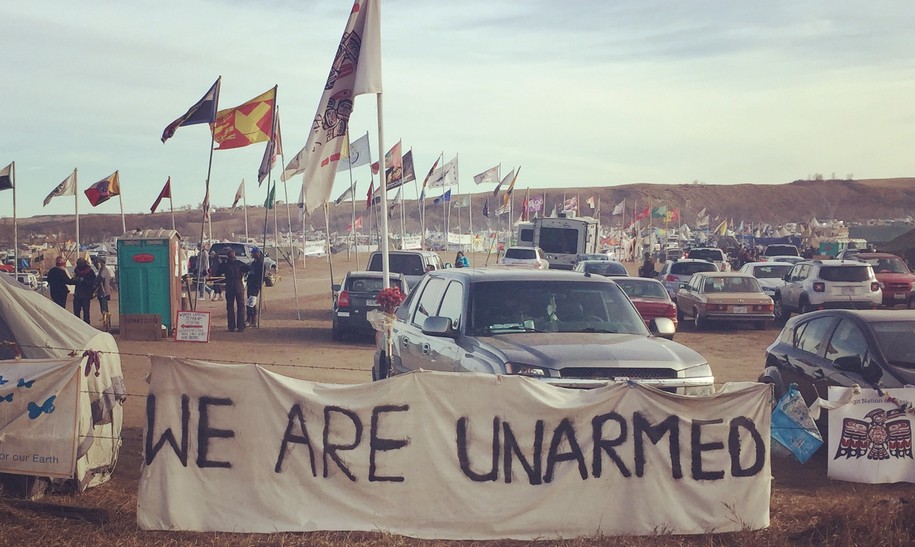 NORTH DAKOTA–(ENEWSPF)–December 4, 2016. The Department of the Army will not approve an easement that would allow the proposed Dakota Access Pipeline to cross under Lake Oahe in North Dakota, the Army’s Assistant Secretary for Civil Works announced today.

Jo-Ellen Darcy said she based her decision on a need to explore alternate routes for the Dakota Access Pipeline crossing. Her office had announced on November 14, 2016 that it was delaying the decision on the easement to allow for discussions with the Standing Rock Sioux Tribe, whose reservation lies 0.5 miles south of the proposed crossing. Tribal officials have expressed repeated concerns over the risk that a pipeline rupture or spill could pose to its water supply and treaty rights.

“Although we have had continuing discussion and exchanges of new information with the Standing Rock Sioux and Dakota Access, it’s clear that there’s more work to do,” Darcy said. “The best way to complete that work responsibly and expeditiously is to explore alternate routes for the pipeline crossing.”

Darcy said that the consideration of alternative routes would be best accomplished through an Environmental Impact Statement with full public input and analysis.

The Dakota Access Pipeline is an approximately 1,172 mile pipeline that would connect the Bakken and Three Forks oil production areas in North Dakota to an existing crude oil terminal near Pakota, Illinois. The pipeline is 30 inches in diameter and is projected to transport approximately 470,000 barrels of oil per day, with a capacity as high as 570,000 barrels. The current proposed pipeline route would cross Lake Oahe, an Army Corps of Engineers project on the Missouri River.

In a statement, the Standing Rock Sioux Tribe also expressed gratitude for the decision:

Today, the U.S. Army Corps of Engineers announced that it will not be granting the easement to cross Lake Oahu for the proposed Dakota Access Pipeline. Instead, the Corps will be undertaking an environmental impact statement to look at possible alternative routes. We wholeheartedly support the decision of the administration and commend with the utmost gratitude the courage it took on the part of President Obama, the Army Corps, the Department of Justice and the Department of the Interior to take steps to correct the course of history and to do the right thing.

“The Standing Rock Sioux Tribe and all of Indian Country will be forever grateful to the Obama Administration for this historic decision,” the tribe wrote.

Attorney General Loretta E. Lynch today released the following statement regarding the decision by the Department of the Army in the Dakota Access Pipeline matter:

“In light of today’s decision by the Department of the Army regarding the Dakota Access Pipeline, the Department of Justice will continue to monitor the situation in North Dakota in the days ahead and we stand ready to provide resources to help all those who can play a constructive role in easing tensions.

“The department remains committed to supporting local law enforcement, defending protestors’ constitutional right to free speech and fostering thoughtful dialogue on the matter.  We recognize the strong feelings that exist in connection with this issue, but it is imperative that all parties express their views peacefully and join us in support of a deliberate and reasonable process for de-escalation and healing.

“The safety of everyone in the area – law enforcement officers, residents and protesters alike – continues to be our foremost concern.”