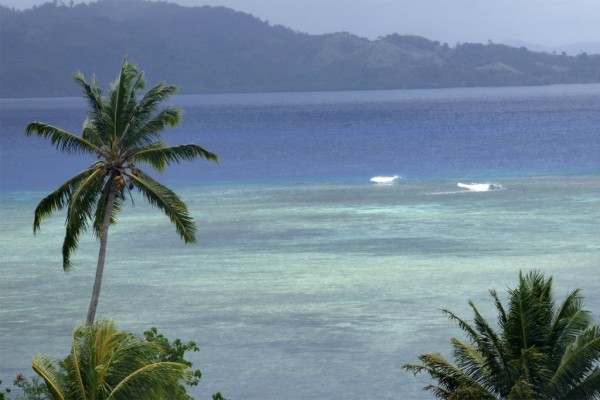 NEW YORK–(ENEWSPF)–22 May 2017 – Hurricanes, cyclones and tsunamis are increasingly common threats to the world’s most climate-vulnerable island nations, whose representatives are meeting today in Cancun, Mexico, ahead of a major United Nations conference on risk reduction.

Addressing dozens of delegates from small island developing States, Robert Glasser, Special Representative of the UN Secretary-General for Disaster Risk Reduction, said island nations read “like a roll call for prevention, resilience and recovery from recent disasters and near misses.”

He noted that disasters on small islands affect the whole population, undermining efforts to eradicate poverty and build resilient cities and communities.

“If a high percentage of the population is affected, injured or killed, this can have long lasting consequences for recovery and overall development and economic activity,” Mr. Glasser said yesterday, as the island nations gathered for the first of three days of discussions.

The talks are being held ahead of the formal sessions of the Global Platform for Disaster Risk Reduction, whose preparatory meetings start today and formal sessions will start on Wednesday.

Held every two years since the 2004 Indian Ocean tsunami to discuss disaster reduction, the 2017 Global Platform – the fifth such event to date – is expected to bring together more than 5,000 Heads of State, policy makers, disaster risk managers, civil society and other participants.

This will be the first international summit on disaster since the Sendai Framework, which was adopted in 2015 in the northern Japanese city after which it was named, and consists of seven targets and four priorities for action that aim for the substantial reduction of disaster risk and losses in lives, livelihoods and health and in the economic, physical, social, cultural and environmental assets of persons, businesses, communities and countries.

The World Bank estimates that the real cost to the global economy from disasters is $520 billion per year and that they push 24 million people into poverty annually.

In his opening comments, Mr. Glasser applauded the island nations for “rising to the challenges and taking a leadership role in integrating action on disaster risk and climate risk in an era when extreme weather events have risen dramatically and trigger 90 per cent of all natural hazard related disasters.”

Calling these countries “on the frontline of solutions,” he noted their lead in calling for coherent implementation of the 2030 Agenda and the Sustainable Development Goals (SDGs), as well as the Sendai Framework and the Paris Agreement on climate change.