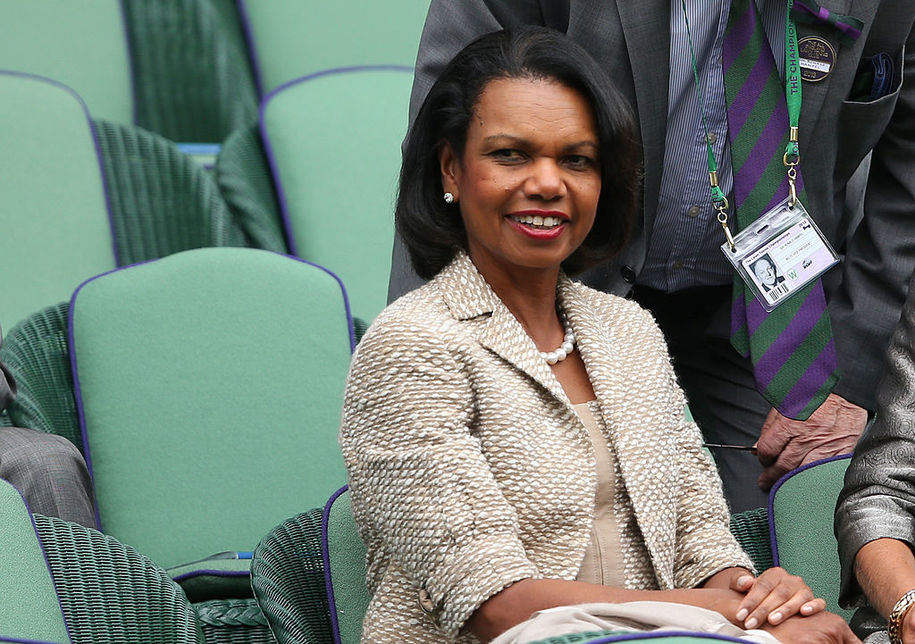 In November 2006, the New York Daily News reported that Donald Trump referred to then-Secretary of State Condoleezza Rice as a bitch:

DONALD TRUMP sounded like he would fire Secretary of State Rice if he got the chance – calling her a “b—-” last night during a speech in front of 8,000 people at the Javits Center. Trump, star of “The Apprentice” and a frequent critic of the Bush administration, unleashed his anger at Rice and outgoing Secretary of Defense Donald Rumsfeld during a keynote address at the Learning Annex Real Estate & Wealth Expo. “Condoleezza Rice, she’s a lovely woman, but I think she’s a b—-,” Trump said to wild applause. “She goes around to other countries and other nations, comes back and nothing ever happens.

[H/T Deadspin] CNN’s KFILE dug through the network’s archives and found a portion of that speech, although a slightly different version:

Video from CNN’s archives located after initial publication of this story shows Trump saying the following: “I wish she was a bitch. I don’t care if she’s a lovely woman. I want somebody that can go and make deals. She goes to countries, nothing ever happens. Except sound bytes.” The archived video only shows a small part of Trump’s speech.

When reached for comment, she basically mic-dropped on Donald Trump:

When asked if she had any response to the New York Daily News report of Trump’s remarks, Rice simply wrote back, “Exactly. Can’t wait until November 9!”

Boom! And while she didn’t exactly say she’s #WithHer, she made it clear in a Facebook post on October 8th that she would not vote for Donald Trump:

Enough! Donald Trump should not be President. He should withdraw.
As a Republican, I hope to support someone who has the dignity and stature to run for the highest office in the greatest democracy on earth.

Congrats to Republicans for nominating a person who has done the unthinkable—unite the George W. Bush administration and liberals to defeat Donald Trump!