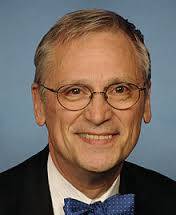 “I am deeply disappointed by Sean Spicer’s statement that he expects states to see ‘greater enforcement’ and crackdown on adult use of marijuana. The national prohibition of cannabis has been a failure, and millions of voters across the country have demanded a more sensible approach. I’m looking forward to working with the leadership of our newly formed cannabis caucus to ensure that Oregonian’s wishes are protected and that we end the failed prohibition on marijuana.”