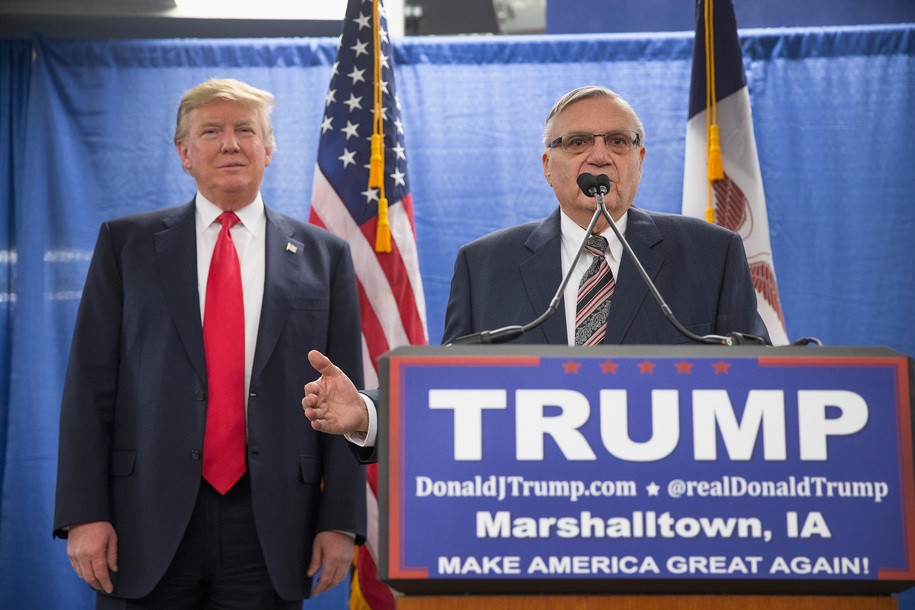 Maricopa County Sheriff Joe Arpaio has repeatedly proven himself to be a repugnant human being who is uniquely devoid of ethical judgment. But as Arpaio runs for his seventh term of tyranny, he may have finally crossed the line from objectionable to illegal, writes the New York Times editorial board.

On Monday, federal officials charged him with contempt of court. If the sheriff is found guilty at a misdemeanor level, he could go to prison for six months.

The federal judge in a long-running racial-profiling lawsuit had told Sheriff Arpaio and his chief deputy in 2011 to stop abusing Latinos by pulling them over on suspicion of being in the country illegally, in the absence of any other charges. That is, for the sheriff to stop acting as a federal immigration agency unto himself.

Naturally, he did not, according to the indictment. Arpaio’s trial is set to commence in December, following the election. With any luck, he won’t still be donning the star that he has wielded to take the law into his own hands. In fact, a recent poll shows his challenger, Daily Kos endorsee Paul Penzone, running ahead of Arpaio by 10 points.

If you need a reminder of all of Arpaio’s deplorable misdeeds, the NYT’s summation is below.

A thorough moral and political indictment of Sheriff Joe Arpaio of Maricopa County, Ariz., would spill far beyond this page. It would catalog the years of racial profiling, the tormenting of immigrants and Latinos, the physical mistreatment and humiliation of inmates and defendants, the beatings and neglect and deaths behind bars, the abuses of office — withholding records, harassing and persecuting elected officials and journalists, failing to investigate hundreds of unsolved sex crimes, squandering taxpayer funds on crime sweeps and “posses” and looney-tune vendettas, like the mission to expose President Obama’s supposedly forged birth certificate.

In essence, Arpaio is the perfect embodiment of what “law and order” would look like under a Trump presidency.