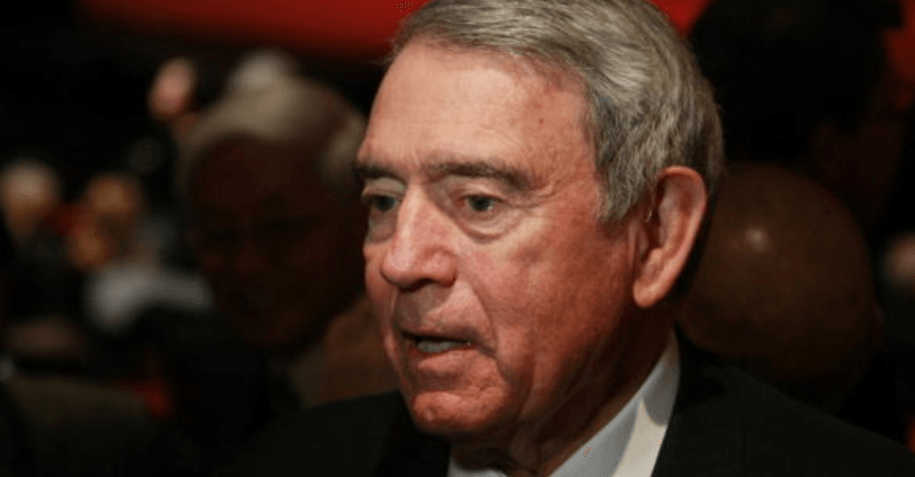 Once again, the much respected and admired Dan Rather has posted his honest and introspective thoughts on his Facebook page. This time, as he has on the first and second debate, Rather gives a stunning take. Here is his post:

I suspect the headline out of tonight may very well be Donald Trump’s refusal to guarantee that he will accept the decision of the voters on November 8. It is a horrifying and destabilizing betrayal of the norms of American politics. But it was just one part of the final debate in a campaign that seems to be firmly in the Twilight Zone. This is not what our democracy should be, but it is where we are today. I wonder if many minds were changed. I doubt it.

Hillary Clinton has been judged the winner of the first two debates. Tonight, many felt Trump needed a knockout to get back in the race. But I think this was Clinton’s best performance – perhaps by far. I think she wanted this to be a preview of her presidency. Her tone was the most straightforward and direct I have yet seen. She didn’t try to run away from her policy expertise. She embraced it. It was as if she was saying, “I am here. I am smart. I am qualified. I will not be intimidated or silenced. And I am ready to be president.”

The format of tonight’s debate favored depth over breadth on the number of topics. This meant that a lot of important issues (climate change?) were left unquestioned, but the benefit was that the able moderator Chris Wallace could drill down to real policy with the most important quality of an interviewer – the follow up question. And he used it to good effect.

There has been a silly trope floating around the coverage of the Clinton campaign about “likeability”. Many critics have claimed that the very notion is sexist. I agree. Yet tonight, Clinton seemed to throw those worries aside. There were fewer anecdotal flights of storytelling about her interactions with “average families” that you often hear about on the stump. Clinton was steely, determined, forceful. I think this will be the tone of her presidential face, and I think it is one she wears well and naturally.

Clinton hit Trump hard on issue after issue with knowledge and facts – on Russia, the Supreme Court, nuclear weapons, immigration, and the list goes on. You could disagree with her on policy, but you can’t question whether she knows what she’s talking about. One big line that I think will play on was in the dust up over Russia. Who would have thought that years after the end of the Cold War the specter of Russia would loom over an American presidential campaign? But there you have it. When the discussion turned to Wikileaks and who was responsible for the hack, Trump, disagreeing with the assessment of the U.S. intelligence agencies, said we don’t know who is behind it. Clinton fired back – He would rather believe Vladimir Putin than the military professionals and intelligence officials. It’s a line you could expect from Ronald Reagan.

By contrast, Trump has been skating through the campaign on buzzwords and applause lines that fire up his base. Tonight the format asked for more substance and he struggled. He often left topics dangling, meandered through head-scratching sentences, and fumbled with thoughts that went nowhere – all lines of thoughts wavering in the wind. Often his most cogent statements were cheap shots. When he would stop talking, I sometimes had to ask myself what was he talking about?

Trump’s millions of eager followers will continue to cheer as the majority of Americans seem to be turning the page on this ugly campaign. They have seen all they need from Trump and they have had enough. There were many lines from this debate that could make for powerful Clinton campaign ads. But I am not sure she will need them.

Trump may not agree to abide by the results of the election. But hopefully the rest of the country can act with a bit more maturity and decency.

Thanks to Dan Rather for putting it to the public straight to the American people, something that has become rarer and rarer in media.

Dan Rather pens fierce assessment of Trump’s speech: ‘It was red meat for the crowd’

Dan Rather: ‘To call Trump a con man is a disservice to the art of the con’