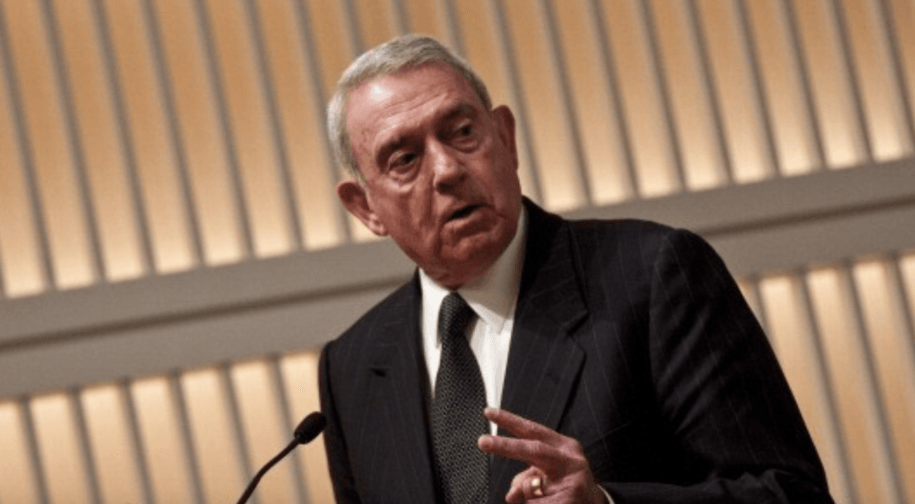 Once again, award-winning, respected and admired journalist Dan Rather shared his opinion of Republican nominee Donald Trump’s “menacing” performance during the second presidential debate with presidential nominee Hillary Clinton. Dan Rather captured points in his open analogy of Sunday night that I missed and perhaps others did too. So here’s Rather’s public post, in full, from his Facebook page.

As Donald Trump paced menacingly last night on stage, as he threatened Hillary Clinton with imprisonment even though her actions have already been subjected to the arm of justice, as he batted away concerns over the leaked audio of him boasting of sexual assault as mere “locker room talk”, the cumulative image for millions of votes, I suspect, is that this is a man who, at a fundamental level, does not understand what it means to be an American. And thus, by logical extension, he has no business being president.

Teddy Roosevelt famously stated: “No man is above the law and no man is below it, nor do we ask any man’s permission when we ask him to obey it.” That is our national creed. I can hear the Trump partisans howling that Clinton has subverted the law on multiple occasions. It is their right to do so, but it must be pointed out that she has never been found guilty of anything. You can then resort to conspiracy theories as to why that may be the case. But those too have never been proven by fact.

Trump by contrast boasts of how the law should not apply to him. As crude as the nouns were in that leaked audio tape, what was most offensive was the relish with which he outlined a host of actions – the verbs – for which the rule of law says he does not have the right to act without consent. Yet his voice reeked of the privilege of a man who believed his celebrity removed any such constraints. When he told HIllary Clinton in the debate she would “be in jail” if he were president, those are the threats of a despot, tyrant, or monarch – not a president governed by our Constitution.

It was John Adams who penned the phrase, “a government of laws, and not of men.” This is how our Founding Fathers saw our national destiny. This is the spirit that our citizens, over the ages, have demanded of our political leaders follow. I suspect it is something most Americans still believe.

I continue to be wowed by this man. A salute to Mr. Rather, a grounded and consummate journalist  who points out the truth when many in the media forget to do so.

Dan Rather pens fierce assessment of Trump’s speech: ‘It was red meat for the crowd’

Dan Rather: ‘To call Trump a con man is a disservice to the art of the con’—Hillary was prepared