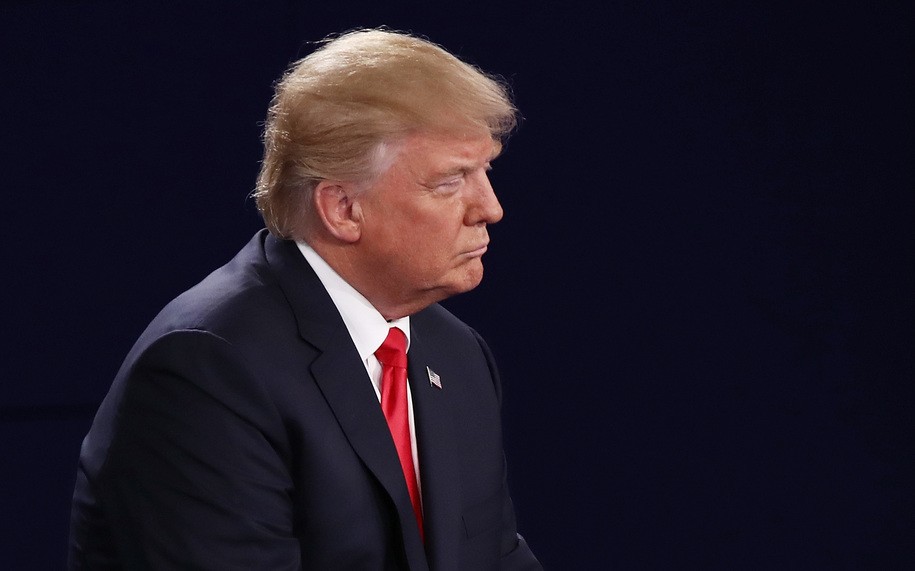 After a People magazine reporter came forward to tell about having been assaulted by Donald Trump, Trump blew off the allegation by saying “Look at her.” In one more act of gaslighting, his campaign claims he didn’t mean to imply the woman was too ugly to sexually assault, but in case there was any doubt, here’s Trump in 1994:

Reporter: So why in 1992 did you tell a writer for New York magazine, Marie Brenner, that ‘You have to treat women like shit” — ultimately pouring a bottle of wine down her back?

Trump: I didn’t say that. The woman’s a liar, extremely unattractive, lots of problems because of her looks.

Look at that. The same basic play: I didn’t do or say what that reporter reported, and you shouldn’t believe her because she’s ugly. Isn’t it interesting how Trump often changes his policy positions in the course of a single speech or interview, but his character has remained the same for decades?

And who could think this man would mistreat women?

Reporter: That statement is exactly why women think you’re a chauvinist pig.

Trump: They’re right — and not. People say, “How can you say such a thing?” but there’s a truth in it, in a modified form. Psychologists will tell you that some women want to be treated with respect, others differently. I tell friends who treat their wives magnificently, get treated like crap in return, “Be rougher and you’ll see a different relationship.’ Unfortunately, with people in general, you get more with vinegar than honey.

What a truly horrific human being. Who will likely get 60 million votes for president of the United States. It’s appalling.