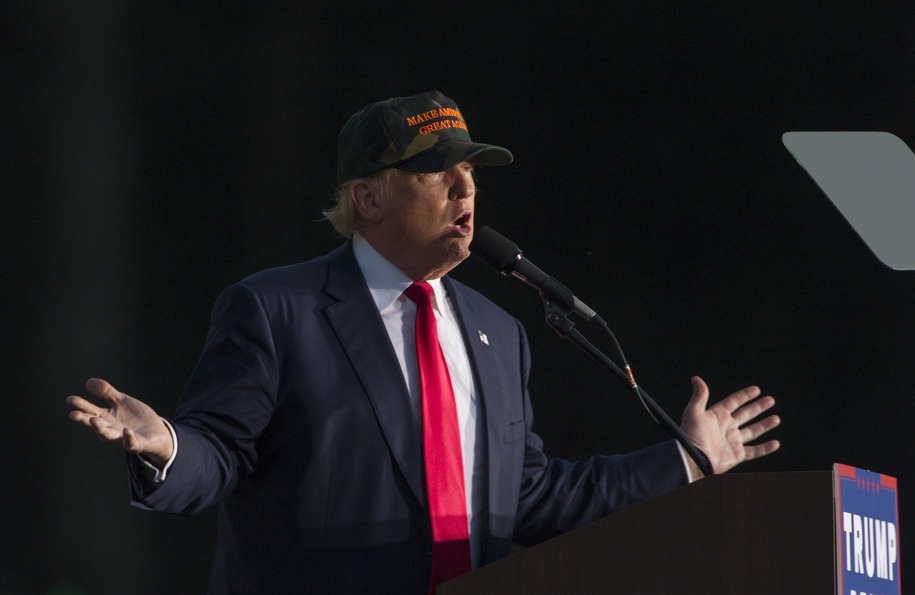 If Donald Trump is making a charge against someone, you can bet that Trump has done the same thing, only worse. Part of it is projection—as an incurable narcissist, Trump can’t stop seeing his own reflection on everyone else—but a bigger part is simply this: There are few bad things that Donald Trump hasn’t already done. Bigly.

… Donald Trump’s companies have systematically destroyed or hidden thousands of emails, digital records and paper documents demanded in official proceedings, often in defiance of court orders. These tactics—exposed by a Newsweek review of thousands of pages of court filings, judicial orders and affidavits from an array of court cases—have enraged judges, prosecutors, opposing lawyers and the many ordinary citizens entangled in litigation with Trump.

When Trump daily attacks Clinton over the emails, he’s charging her with doing what Trump himself has done over, and over, and over. The “30,000 missing emails” that Trump goes on about so often were personal emails. That designation wasn’t made by Clinton, it was made by a team of lawyers that scoured her server to determine which emails were related to her work, and which had nothing to do with it—the exact same task the FBI is now conducting on the computer that was the subject of Comey’s ill-timed, self-serving letter.

When a government attorney finally telephoned a Trump lawyer to find out why, he was told the Trumps had not even begun preparing their answers and had no plans to do so. The Trumps also postponed and blocked depositions, refused to provide a description of their records, as required, and would not turn over any documents.

What did Trump do instead of turning over documents? He lied. He sued. He was Trump.

In the very first major issue where he was involved, a federal suit over discrimination at Trump properties, Donald Trump stalled for months. Finally, he was dragged into court.

… under subpoena, Trump appeared for a short deposition. When asked about the missing documents, he made a shocking admission: The Trumps had been destroying their corporate records for the previous six months and had no document-retention program. They had conducted no inspections to determine which files might have been sought in the discovery requests or might otherwise be related to the case. Instead, in order to “save space,” Trump testified, officials with his company had been tossing documents into the shredder and garbage.

Why would Donald Trump suspect that Hillary Clinton’s deleted emails contained important information? Because Trump knows that when he had the chance, he destroyed incriminating evidence. He did it not once or twice, but as a matter of routine.

And a man who has been involved in 3,500 lawsuits gets the routine down pat.

Trump didn’t just claim to have no emails. In one case, he repeatedly denied even having a server.

Finally, during a deposition nine months after he had signed the deceptive affidavit, the same Trump executive admitted his assertions in it were untrue. In fact, an IBM Domino server for emails and other files had been installed in 1999, the same year witnesses for Power Plant contended that Trump had learned of the casino deal. Prior to that, as early as 1997, the Trump corporations used servers off-site …

What happened with Trump’s servers? Destroyed. The emails? Destroyed. And all of it while in the middle of a legal action where the emails had been subpoenaed.

The deletions continued, and backup tapes were reused—thus erasing the data they held. Power Plant lawyers also discovered that after the lawsuit was filed, Trump Hotels disposed of a key witness’s computer without preserving the data on it.