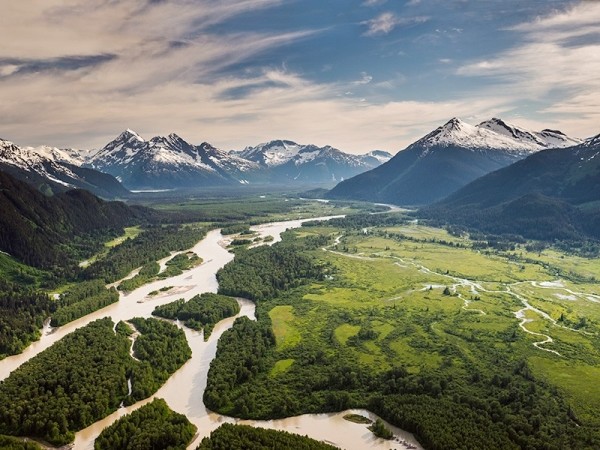 View of the Tulsequah River, looking east towards the confluence with Taku River. Photo courtesy of Chris Miller / Trout Unlimited

Washington, D.C. —(ENEWSPF)–June 27, 2017. Today, Administrator Scott Pruitt announced that the EPA is set to issue a proposal to repeal the Clean Water Rule, moving this country away from a commonsense safeguard that helps state and federal agencies protect our rivers, streams and wetlands under the Clean Water Act. Following an Executive Order from President Trump and requests from the oil and gas industries and Big Agriculture, which had already launched their own attacks and lawsuits against the rule, Administrator Pruitt signaled his intention to replace the Clean Water Rule with a much weaker option designed to open the flood gates of pollution and hinder much needed protections for years to come. The Clean Water Rule was built on years of public engagement and scientific research, and its repeal is plainly the Trump Administration’s first step on the way to weakening clean water protections across the nation.

The following is a statement from Earthjustice President Trip Van Noppen:

“Proposing to repeal the Clean Water Rule is the Administration’s first step in a plan designed to pollute our waterways and give comfort to corporate interests. But no one is above the law, including the EPA and the Army Corps of Engineers, so we call on these agencies to continue fulfilling their legal authority, rely on sound science and data, and fully protect all waters under the Clean Water Act.

“Earthjustice will continue to use the full strength of our nation’s bedrock environmental laws to protect communities and the environment. Replacing the Clean Water Rule with a Dirty Water Rule is a cynical politically-motivated, industry-driven move that will not stand.”