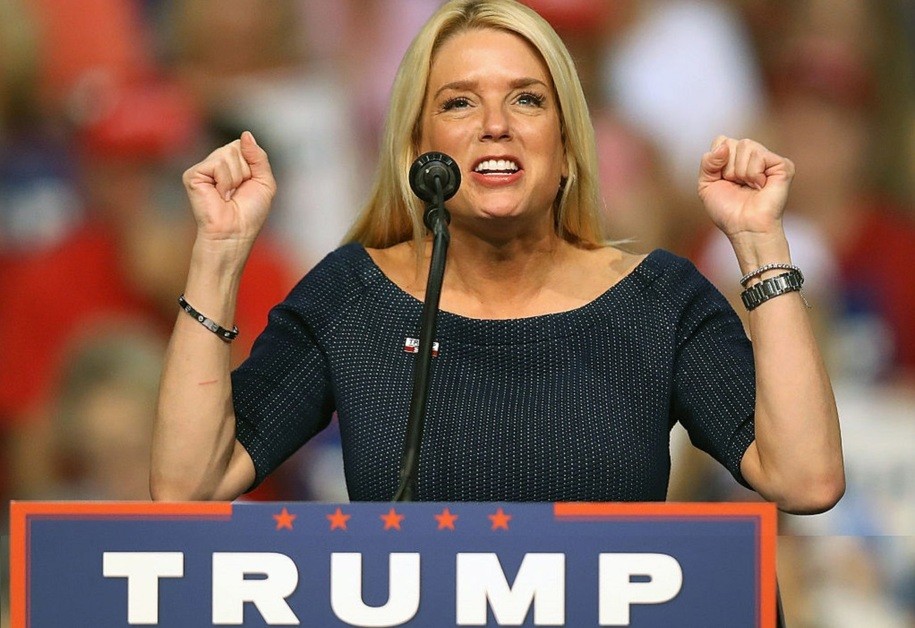 Get ready for a statement that could not sound more guilty if it was being delivered by Steve Buscemi in a Coen Brother’s film.

Never spoke to her. Got it. And she’s popular, so it’s all good. But did Bondi speak to Trump?

Florida’s attorney general personally solicited a political contribution from Donald Trump around the same time her office deliberated joining an investigation of alleged fraud at Trump University and its affiliates.

Trump says he never spoke to Bondi about the bribe contribution to her campaign (which coincidentally came within days of dropping the suit against Trump University) except for the time when she directly requested the money from Trump.

There seems to be more than enough here to have the DOJ descending on both Tallahassee and Trump Tower. So why aren’t they there?

For that matter, Florida’s own bribery statue makes it clear that Bondi accepting funds from someone when a ” matter was properly pending before him or her or might by law properly be brought before him or her, that the public servant possessed jurisdiction over the matter, or that his or her official action was necessary to achieve the person’s purpose” is more than just problematic.

So where is the special prosecutor?