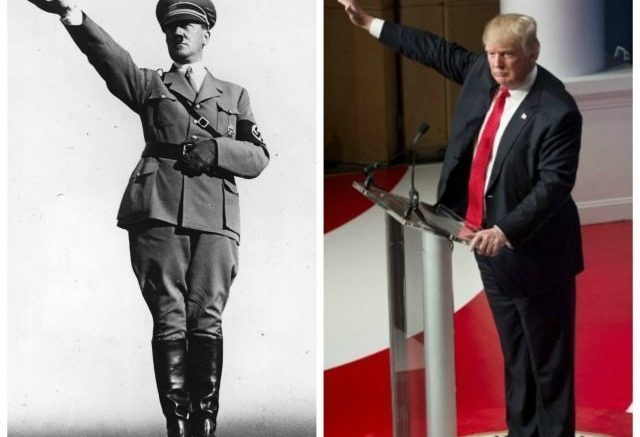 Originally Published At The Addington Journal – Bastards For Progress

Hitler went after the artists too, after he cleaned out the journalists.

As the cherry on top, Trump will also be privatizing the Corporation for Public Broadcasting, which has been producing enlightening television programs since before I was born. Expect to see more Reality TV on PBS now instead of NOVA and Masterpiece Theatre.

Within the blueprint, the Heritage Foundation states that, “government should not use its coercive power of taxation to compel taxpayers to support cultural organizations and activities.” It goes on further about the National Endowment for the Arts, saying “Taxpayer assistance of the arts is neither necessary nor prudent […] Taxpayers should not be forced to pay for plays, paintings, pageants, and scholarly journals, regardless of the works’ attraction or merit.”

The Huffington Post reached out to both of the organizations under attack for comment, but they declined to do so:

Reached via email, both the NEA and the NEH declined to comment specifically on the report. “We’re not speculating on what policies the president-elect (or the Congress) may or may not choose to pursue,” Victoria Hutter, assistant director of public affairs at the NEA, told HuffPost.

“We are not going to speculate on the policies or priorities of the new Administration,” NEH spokeswoman Theola DeBose reiterated.

Congress passed the act forming both the NEA and NEH in 1965, and it was signed into law by President Johnson shortly thereafter. The goal of creating these organizations was to help support arts and humanities during an age when science and technology had been made a priority by the both the private sector and public universities. It has since carried out that charge faithfully, but few may realize just how important they have been in supporting American culture. As the Huffington Post points out:

“Though the Heritage Foundation blueprint argues that the endowments can and should be replaced by philanthropy, the NEA and NEH serve a unique purpose. Relying solely on individual arts giving and spending can leave humanities institutions and creatives at the whims of the super-wealthy ― think Trump’s foundation purchasing a portrait of the man himself for thousands of dollars, or, more typically, a moneyed New Yorker donating millions to her favorite opera house ― but the NEA and NEH take on initiatives in partnership with state and local organizations to shore up arts and humanities access in underserved communities. Government grants are offered to cultural institutions and individuals who submit outstanding proposals that hold up to objective vetting and review. The NEH has supported the creation of 16 Pulitzer Prize-winning books and Ken Burns’ iconic documentary “The Civil War.” The NEA also helped get the Sundance Film Festival off the ground.”

Imagine that, our nation being taken back to the 17th century, where only the wealthy had access to art, music, poetry, philosophy. Artists would become the “pets” of their wealthy commissioners, and forced to produce only things that were pleasing to their masters.

“The announcement that this is even under consideration casts a sinister cloud over our vibrant national culture.”

Given Trump’s previously documented lack of interest in books and art that aren’t about himself ― as well as the Heritage Foundation’s power in his transition ― this latest report shouldn’t come as too much of a shock. But the drastic nature of the proposed cuts is nonetheless unsettling, and on the eve of the inauguration, offers a grim vision of what art and culture could face in Trump’s America if the people don’t fight hard to protect them.